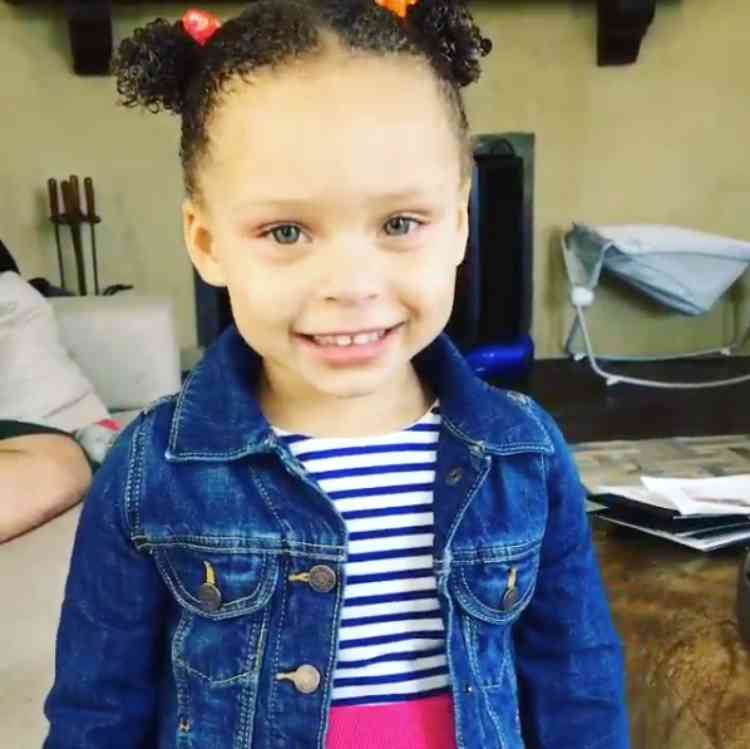 Like Kobe Bryant and Gianna Bryant, the father-daughter duo of Riley Curry and Stephen Curry is also famous duo in NBA. At a very early age of seven, she has already gathered substantial fan followers, especially barging in at her father's press conference.

Riley is the eldest daughter born to Actress, Ayesha Alexander Curry, and her husband, Stephen Curry. She was born on July 19, 2012, in Charlotte, North Carolina. She belongs to Afro-American descent. Riley Curry was born as Riley Elizabeth Curry. Let's know more about her personal life.

Stephen Curry is among the most successful NBA Players of the decade. He is a professional player for the Golden State Warriors along with Kent Bazemore. He started his career in 2009 and has been with Golden State ever since.

Stephen was the part of the Gold Medal Team who won the Basketball World Cup in 2010 and 2014. He also won the NBA Championship three times. Stephen, furthermore, is part of the NBA All-Star from 2014 till 2019.

Riley's mother, Ayesha Curry, is a multi-talented person. She is a TV personal, a model, an actress, a celebrity chef, and a author of a cookbook. She runs a YouTube Channel under the name Little Lights of Mine.

The love life of Stephen and Ayesha

Stephen and Ayesha have an exciting love relation. The couple first met in a Church Youth Group. The two separated after meeting for the first time and went on to follow their career paths.

However, the destiny made them meet again after years in a Award Function. Ever since the two are together and moreover, went on to tie the wedding knots on July 30, 2011. Ashley is very supportive of her husband as she keeps cheering during the matches.They have three children, Riley Curry and Ryan Curry , and a son Canon Curry.

Like the children of famous Player, Christiana Barkley, Riley is living a lavish and luxurious lifestyle. She is currently not able to earn on her own because Riley is very young to start a career. Her Father, Stephen Curry, has a net worth of $130 Million.

He has become the first NBA player to sign a deal over $200 Million after he signed a $201 Million deal as per the reports of USA Today. He signed a five-year contract with Golden State Warriors.

Riley is currently living in a $6 Million Mansion located at Alamo, California. Along with that, in mid-2019, her father, Stephan, bought another house in Atherton, California, for a staggering $31 Million.

On the other hand, her mother, Ayesha Curry, has a net worth of $10 Million. Along with being the wife of a famous basketball player, she is a host, judge, and a executive producer of a cooking reality show, Family Food Fight. She even owns an international smoke restaurant.

Riley Curry in her father Interviews and Press Conferences

Stephen Curry won the Most Valuable Person Award and went to the stage to receive the trophy. His daughter followed him to the podium and grabbed the microphone. Soon started singing "Blessings' by Big Sean featuring the Audience and Journalist. Stephan uploaded the video and was viewed more than 2.5 million times within a few hours.

Before that, in a post-match conference, The NBA player was live with the questionnaire session. Riley made a surprise entry and stole the hearts of all the Journalists and viewers.

She went on to ask to sit on her father's lap. Then after, she asked her father to be Quiet and started waiving at Audience. This video went viral in social media, reaching more than three million views within a few days.

Do Visit Married Celeb For More Information About Your Favorite Celebrities!!!