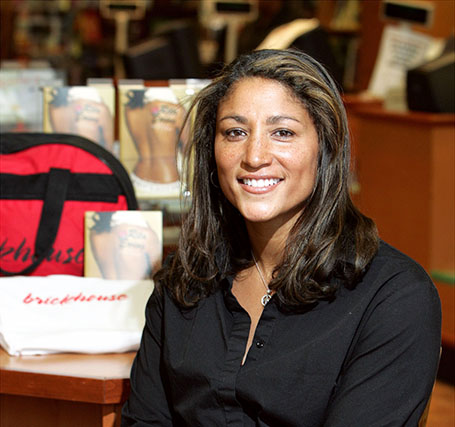 Born and raised in the United States, Rita has earned a degree in nursing and law. Like her former husband, Rita's son Patrick Ewing Jr. is also paving his basketball career. So, what's her current relationship status?

The former wife of NBA Player Patrick is reported to be single. There are no reports of her dating any guy after her divorce with Patrick. Almost more than a decade ago, there was some rumor about her dating banker John Utendahl but the news was quickly put out.

John tied the knot with actress, Tyra Banks. But they also parted ways in 2011 as per reports. Just like another author Nancy Alspaugh, Ewing's relationship status is also single.

Rita and her longtime boyfriend Patrick were married in the 1990s. Their wedding was no extravagance and was kept private. The couple also never came out in the public hand in hand.

After more than seven years, Rita and Patrick's marriage began falling apart. In February 1998, the New York Daily News reported that Rita had filed for the divorce. The divorce was settled in the same year.

Before the couple's, there were rumors about Patrick cheating on Rita. He was said to be dating Knicks City dancer Heather Errico when he was still married to Rita. He was also said to have fathered an illegitimate child. But she never approved of the rumor. She once said;

My husband, Patrick, and I…are both working toward arriving at an amicable resolution to our problems. There is no ‘significant other,’ as far as I am concerned, except, of course, my children.

A writer and a loving mother Rita are one the women behind the basketball stars. Though she is no longer together with Patrick, the duo is loving parents of their three children; Patrick Jr, Corey Ewing and Randi Ewing. Two of her kids have followed their dad's footsteps an are promising athletes.

Homecourt Advantage Tells A Story of her Estranged Relationship with Patrick

The novel Homecourt Advantage is all about National Basketball Association and NBA wives. It tells the story about a basketballer's wife decided to leave her husband. It is also about her resentful relationship with Patrick. Rita says publicly said;

One of Patrick's teammates told me years ago that 95 percent of the guys in the league cheat.

And her book journeys through all the extramarital affairs that NBA champions commit. However, Rita denied the fact that the book is based on her real-life marriage. Unlike Rita, another American writer Martha Stewart prefers to write cookbooks.

How Much Is Rita Ewing's Net Worth?

Rita's net worth is assumed to be around $3 million. Before her legal separation with her former husband, she and Patrick co-owned a house in Englewood, New Jersey. The spacious house was reported to be worth around $655,000.

Similarly, the couple also had a vacation home and a townhouse in Maryland which was cost $1.6 million.

Take a look at Rita Ewing's interview on Homecourt Advantage:

The average yearly salary for an author and writer in the US is $50,673. The income differs by city, experience, skill, and popularity. But Rita might earn more than the average figure.