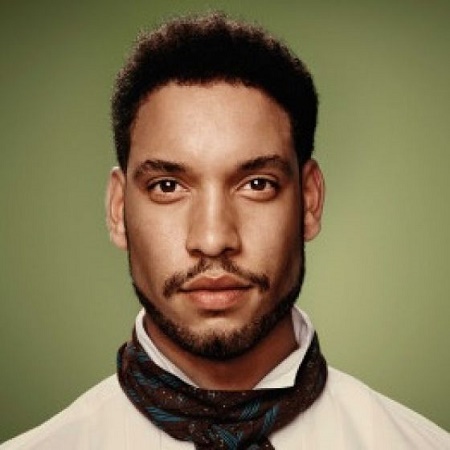 British actor Royce Pierreson is known for his significant roles, including Thor: The Dark World (2013), Line of Duty (2012), and Our Girl (2013. Also, he appears as the role of Istredd in The Witcher(2019) alongside Henry Cavill, Emma Appleton, and many more.

Pierreson was born in Cornwall, England, on 1st April 1989 to the British parents. As per his education, he studied at a performing arts college in Plymouth and then completed his graduation from the Royal Welsh College of Music.

The sexy, good-looking actor is still unmarried. He also prefers to keep most of his relationship details in a low key. Royce has not yet made public statements about his girlfriend to the media. To date, there is no news about his past affairs.

As per Pierreson's Instagram post, he regularly shares images with one girl, but he never mentioned her name in the media. Thus, it seems the glamour star is no more single as he is dating with his love of life as of 2019.

Recently, the 6 feet 3-Inches tall actor posted a picture with his mysterious girlfriend on Instagram with the caption "Stockholm life with my love." Besides that, he even celebrated his 30th birthday with his sweetheart, and his family in sunny Cornwall on 1st April 2019.

Net Worth of Royce Pierreson

The 30 years old British actor maintains a net worth of $500,000 as of 2019. He makes a considerable remuneration from his professional works, playing the many roles in hit TV shows and as well as movies.

Similarly, the average salary of a British actor is $13.62 per hour in the United Kingdom. Thus, his income might be listed on a similar range. Moreover, he is now playing the role of  Istredd in the American drama The Witcher, so he surely earns a handsome income for his character.

As an Istredd in Netflix's The Witcher

The American fantasy drama web TV series, The Witcher is based on the book series of the same name by Polish writer Andrzej Sapkowski. This series premiered on 20th December 2019 on Netflix.

Well, the former New Girl Star Royce plays the Istredd character – a scholar and sorcerer researching the ruins of Aretuzan. Istredd fosters a romantic relationship with Yennefer. He learns her past mysteries that he passes on to his Stregobor mentor.