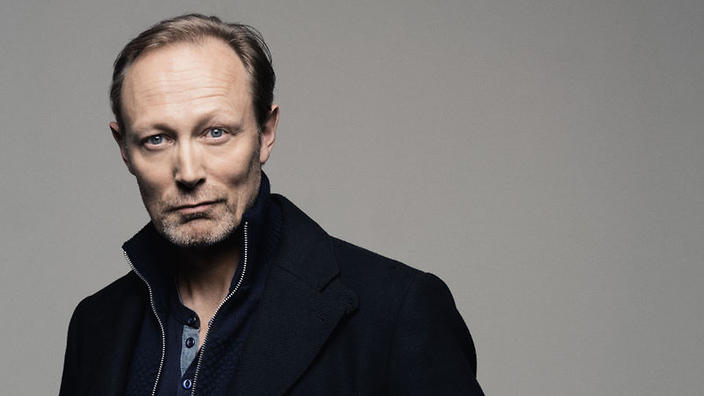 Danish actor, Lars Dittmann Mikkelsen is recognized for his outstanding performances in Sherlock, House of Cards, Star Wars Rebels, The Team, and many more. His portrayal of Troels Hartmann, a mayoral candidate in a successful Danish crime series, Forbrydelsen (The Killing, 2007), opened the gate for roles in international productions. He is the winner of International Emmy Awards for Best Performance, 2018, for the Danish television drama Herrens Veje.

On 6 May 1964, Lars was born in Gladsaxe near Copenhagen, Denmark. Mikkelsen is the first child of Bente Christiansen, an occupational health nurse, and Henning Mikkelsen, a bank clerk. Growing up in Copenhagen, he attended a secondary school over his place. Later, he joined military service in the Royal Danish Army, an infantry regiment of the Danish army, where he received basic military training for nine months.

The recruitment in Military service didn't felt right, so he opted to leave and enroll himself in the University of Copenhagen to study biology. He drops out of the university and started to perform juggling and fire breathing in the streets of cities like Paris, Munich, Moscow, and Warsaw.

The Reumert Prize winner is bound to a marital relationship with his longtime girlfriend turned wife Anette Stovelbaek, a Danish actress. On October 10, 1989, the duo walked down the aisle in a City Hall.

The husband-wife duo welcomed their first child, Lue Dittmann Mikkelsen in 1995. Six years later, in 2001, the couple was blessed with another child, Thor Mikkelsen.

It's been three decades that Anette and Lars has been boned to a marital relationship. No rumors or controversies related to their marriage has been the topic of public gossip, which implies the couple must be living a blissful married life.

The couple met in New Year's Eve party in 1985/86 in high school; Lars had enrolled himself to study biology at the University of Copenhagen. It took no time for their love to blossom. Just after a few months of their first meeting, they were head over heels in love with each other. The reason Lars dropped out from the Uni and enrolled himself for Juggler school is that Anette was in juggler class.

The Italian for Beginners actress moved in with Lars when she was 20 years old, and a year later, they exchanged the wedding vows. Anette stated in an interview that her parents liked him from the very start and always supported their relationship.

The couple has been together for thirty years and still going strong and in love with each other. With each passing year, their love for each other is constantly growing.

The Net Worth of Lars Mikkelsen

The 55-year-old man holds the staggering net worth of $4 million from his successful career as an actor, same as Katee Sackhoff. Lars has portrayed major characters in numerous hit series and movies; Charles Augustus Magnussen, the primary villain in the third series of Sherlock, the Russian President Viktor Petrov in House of Cards on Netflix, Grand Admiral Thrawn in Star Wars Rebels, Stregobor in the Netflix's ongoing TV series, The Witcher.

In the Netflix series, The Witcher, the main character Henry Cavill is getting paid around $400,000 per episode. The exact figure of Mikkelsen's salary in the series hasn't been revealed yet. However, assuming from his role in the series, Lars must be getting around $50,000 to $100,000 for an episode, similar to another cast of the series, Emma Appleton.

Working as a professional actor for a couple of decades, Lars has earned a decent amount of money. With millions of net worth from his acting career, he must be living a luxurious life along with his family.

The ongoing Netflix series, The Witcher is American fantasy drama which was first aired on December 20, 2019. The viewers appraise the first season of The Witcher with eight episodes, with the second season announcement already on November 13, 2019.

Lars is portraying the role of Stregobor, a sorcerer, mentor to Istredd, appearing in four episodes to date. The wizard might return for the second season with more of his tricky mind games, making a pact with Tissia.

For more information related to your favorite characters of The Witchers, stay connected to Marriedceleb.