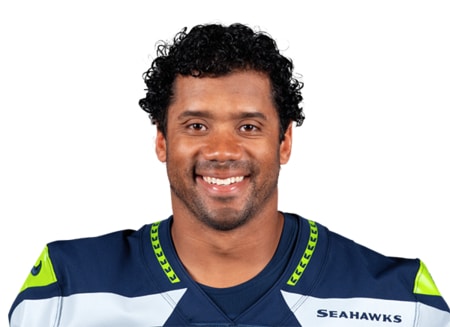 Russell Wilson is an American Football Player who plays for the Seattle Seahawks in the National Football League as their quarterback. He was drafted in the third round of the 2012 NFL Draft. He is also the Super Bowl XLVIII winner.

Wilson was born on November 29, 1988, to mother Tammy T. Wilson and father Harrison Wilson as Russell Carrington Wilson in Cincinnati, Ohio. He studied in Collegiate School in Richmond, Virginia. He graduated from the University of Wisconsin after joining them in 2011 from North Carolina State University.

In addition to his personal life, he has been married twice. So, who are his wives?

The footballer is happily married to American R&B singer Ciara Harris. This is his second marriage after his divorce with Ashton Meem. According to online sources, Wilson met his current spouse at a wrap party on April 10, 2015, for the NBC TV show, "I Can Do That."

The couple's first date was at a Seattle Mariners and Texas Rangers game in Major League Baseball on April 20, 2015. They were caught when the MLB's Twitter account called "Wilson out, when he was sitting with Harris."

The couple made their first public appearance at the White House State Dinner in April 2015. The dinner was held in honor of Japanese Prime Minister Shinzo Abe and his wife.

Wilson wasted no time in showing that she was the one for him. He proposed to the singer just four months into their relationship in March 2016 with a 16-carat ring. The couple was at the Seychelles Islands on vacation at the time.

The beautiful pair decided to tie the knot just four months after their engagement. They had a fairy tale wedding at Peckforton Castle in Cheshire, England, on July 6, 2016. The wedding invitation was only given to their close friends and family.

In an interview with The Rock Church, Wilson said that the couple had taken the vow of celibacy until their marriage. The couple is both devoted Christians and took the traditional approach, which shows their strong love.

When asked about the nature of celibacy by Cosmopolitan Ciara said,

“You get to hug and you get to have a nice good kiss, but you have to be careful not to go too far so you don't end up in the place you're trying to avoid being in,”

She added by saying had to have the strongest resistance to temptation.

After the end of their celibacy, the couple got busy. Just three months after their marriage, Ciara announced that she and Wilson were expecting a new baby member.

Their first child was Sienna Princess Wilson, born on April 28, 2017. The couple again announced on January 30, 2020, that they were expecting their second child together. They announced on Instagram. The couple will have two children together, like Marlon Wayans and his partner.

Furthermore, he became the step-father of Future Zahir Wilburn after marrying Ciara. Zahir was a child from Ciara previous marriage with rapper, Nayvadius DeMun Wilburn, commonly known as Future.

His first marriage to his high school sweetheart Astom Meem wasn't as successful as his second marriage.

The pair got married in January 2012. They would be married for two years. In April 2014, Wilson announced that he was filing for divorce. The couple got divorced shortly after.

The 31 years old has a net worth of an estimated $115 million earned throughout his career as a professional American Football Player.

Wilson signed a four-year contract extension in July 2015, with the Seattle Seahawks, which was valued at $87.6 million. Of which, $31 million was a signing bonus, and $60 million was guaranteed. He made an average salary of $21.9 million annually.

In April 2019, the quarterback again signed a 4-year contract extension with the Seahawks for $140 million. He made a mouth-watering $65 million as a signing bonus.

The player was also guaranteed $70 million at signing with total guarantees amounting to a whopping $107 million.