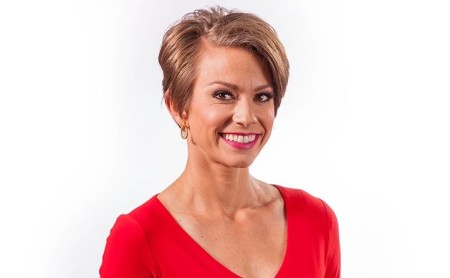 Sam Boik is an American traffic anchor working on FOX31 KDVR Morning News, airing weekdays from 4:30 a.m. to 9 a.m. Additionally, she is the in-game host for the Denver Outlaws lacrosse team. Besides, Boik has hosted various charitable fundraisers.

Sam Boik was born on May 10, 1984, in the United States. The details of her educational details are not available. Additionally, Sam has also not shared anything about her family background. However, let's know some important facts including her net worth, personal life, and career.

Sam Boik is a Proud Mom: Is She Married?

Yes, you read that right. The 36-year-old traffic reporter proudly calls herself the mother of two rescue dogs named,  Barley and Oskar Blue. Sam rescued Oskar through an animal shelter called, Soul Dog Rescue, while she rescued Barley via Found Nation Rescue. Besides, she uses her dance skills for charitable works.

Now talking about Sam's personal life, she is not married neither she is dating anyone. Back in 2017, the former cheerleader once mentioned having a boyfriend via Twitter. However, she didn't reveal any details. Currently, Sam might be searching for a right partner. Well, who knows?

Sam Boik has an estimated net worth of $500,000. She is a talented individual who has experience in dance education, classical ballet, segment production, and news anchoring. Boik began working for FOX 31 Denver in 2016 and her annual salary is over $47,694.

She has been working as a host/reporter/emcee since 2015, whereas, Sam worked from 2015-2020 as the in-game host for the Denver Outlaws. Likewise, she spent nine years as a professional model and seven years as an NFL cheerleader.

The average salary for traffic anchors ranges somewhere between $38,984-$78,434 per year. Likewise, Shanna Mendiola, an Emmy-winning meteorologist who previously worked at KDVR has a net worth of $1 milion.

As a Ballet Dancer, Cheerleader, and Model

Sam had a passion for dancing since her childhood. From 2002-2009, she worked as a professional ballet dancer. Boik spent a year with Milwaukee Ballet in Wisconsin, while she spent six years with Carolina Ballet in North Carolina. Additionally, Sam traveled the world performing in countries such as China, France, and Hong Kong.

By the end of the 2000s, Sam embarked on a journey as a cheerleader and a model. From 2010-2017, she was a NFL cheerleader for the Denver Broncos Football Club. Also, Boik was the team captain and was a member of the Super Bowl 50 Championship team.

Boik enjoyed her career as she became the ProBowl (2013) and AFE tour representative (2014). Likewise, she was named the 2011 JDBC Instructor of the Year.

As mentioned Boik worked as a model from 2009-2018. She worked with clients including Colombia Sportswear, DirecTV, Elements Massage, Sports Authority, etc. Similarly, she also walked on runway shows. Unlike Boik, Kristen Crowley first worked as a traffic anchor and later pursued a fitness career.

Dancing with the Anchors

Sam was a contestant in the 2019 Dancing with Anchors to raise funds for blind children. Her dancing partner was Patrick McKenna who is an Arthur Murray instructor and has a ballroom dance degree.

Fox 31 reporter, Chris Parente participated in the competition with other Denver anchors. The Anchor Center for Blind Children serves children who are blind, living with serious visual impairments, or have visual and auditory impairments.