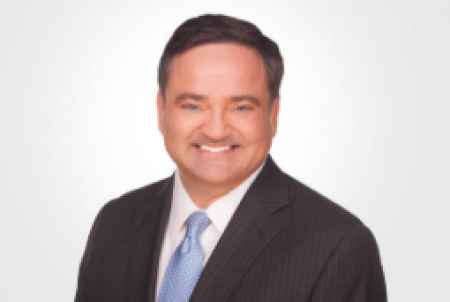 Who is Scott Mcgrew?

Scott Mcgrew is an American reporter and radio host from California. He came to recognition after his first interview with Steve Wozniak, a co-founder Apple Inc. Other than that, he has also reported some of the nerve wrecking reports following the September 11 attacks.

McGrew was born on September 26, 1967, in Lincoln, Nebraska. He has not shared much about his family background. Concerning her education, he attended Glenbrook North High School for his early studies and later enrolled at the Iowa State University and earned a degree of Bachelors in Arts.

Scott has almost two decades of experience in the field of journalism. He has worked for some of the prominent news channels such as CNBC, CNN, MSNBC, and BBC. Scott is currently working at the NBC featured KNTV where he hosts Press: Here, a weekly round table discussion panel involving technology reporters in conversation with CEO of the Silicon Valley.

Scott also serves San Francisco based sports show KNBR and radio show on WABC radio in New York. McGrew was named as one of the favorite TV anchors by the San Francisco Chronicle critic Peter Hartlaub who termed him as a proficient communicator. McGrew was widely acclaimed because of his well-prepared work and his utmost professionalism.

Scott was the first reporter to flash the suicide death of US Marine Harry Lew. His career has taken him to some of the most tumultuous time including the execution of John Albert Taylor in Utah.

One of his most celebrated works includes his inspirational fictional character "Scotty Ryan" in the novel Perfect on Paper by Maria Murnane.

What is Scott McGrew Relationship Status?

Earlier, Scott was married to Kristen Hansen. Hansen is the founder of the EnHansen Performance which provides leadership, sales training and utilizing the latest neuroscience. The couple stood together from 1992 to 2014. However, their marital relationship didn't last for too long due to their prospective differences.

He has not revealed his current relationship status. Similarly, the details regarding his past relationship and affairs are also not available in any source. As per records, Scott is single.

Besides, he is seen spending more time with his colleague and fellow employees. He keeps updating his activities on his social media account.

How Much is Scott McGrew's Net worth?

McGrew has not revealed much about his assets but he might be possessing a total fortune in between $100k to $1million. However, the exact figure of his net worth is still under review as of 2019.

As a reporter, he reportedly makes a salary of around $70,000 annually. Other than that, he has not disclosed anything including his insurances, bonds or debentures. He also owns a blog site which brings regular viewers to his profile.

Scott is also a CSS coder and a lector in the Episcopal Church, he is an amateur but, he works hard to make himself perfect.