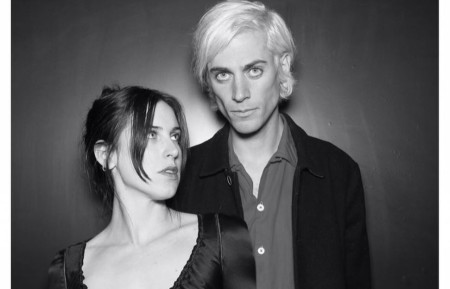 Scout Willis is in a loving relationship, in which she is free to be herself. Whenever the bad hits in her face and makes things much worse, her beau always stands right beside her. Just in the same way, her partner, Jake Miller supports her upon freedom and committed never to grow a jealous heart for other peoples.

The second daughter of Bruce Willis and Demi Moore, Scout is fond of traveling new places while making her journey adventurous. What's more to this? To know more about Willis' personal life rather than professional highlighters, read the article to the end.

Amusing and yelling with Jake Miller...

The 28-year-old actress, Scout is living the best moments of her life with her boyfriend, Jake Miller, who makes her happy each day. The duo had their first encounter in 2017, and since then, they are enjoying their company as lovers.

The love birds celebrated their 1st anniversary of the relationship while making their bond stronger and trustful back in 2018. Scout also shared a que of her and Jake's pictures on Instagram and wrote a caption, saying,

"A year ago tonight I met this glorious human who for the last 365 days has made my life so much better. I love this brilliant, hilarious, tenderoni with all my heart."

Willis then tagged Jake saying that he make her feel so safe and loved. She also thanked him for being in her life and said she is grateful for him. "Being cheesy and earnest but honestly, sue me," Scout said.

On 8th December 2018, the couple arrived at the flea market in Los Angeles, California, for shopping. At that time, Scout wore a dark brown, orange sweater and a high waist blue jeans. Meanwhile, Jake was in his simple outfit wearing black jeans with a full light black shirt.

After heading up from the super flea market, the pair purchased a vintage stereo and two speakers. Since the beginning of dating, they are enjoying every day of their life to the happiest.

The Scarlet Letter actress, Scout is staying as sober for a lifetime with her two sisters, Tallulah Willis and Rumer Willis. Back in the childhood days, she almost comes to the hands of death due to alcohol poisoning at the age of 15.

Following the incident, Scout believes that there is a benefit in alcohol consumption. But, she was in an eating disorder while practicing the initial stage of sobriety. Nevertheless, the eating disorder only lasts for some time, and then the Willis sisters took a selfie while taking a bath via Instagram.

The daughters of Bruce Willis and Demi Moore, Scout, Rumer, and Tallulah are now ready to make their debut at The Webster's New L.A. fashion event, which is going to start in the beginning week of February 6, 2020. The Willis family will make a new fashion line for women and kids' clothing with The Wyllis fashion lines.

The fashion event will be seen at the L.A. boutique center, which will be co-hosted by Dakota Fanning, an actress and Arianne Phillips, a costume designer. The founder of The Webster fashion company, Laure Heriard Dubreuil will also arrive on the fashion show.

If You're Passionate About Reading, Then Visit Married Celeb For More Diversifying Articles!!!