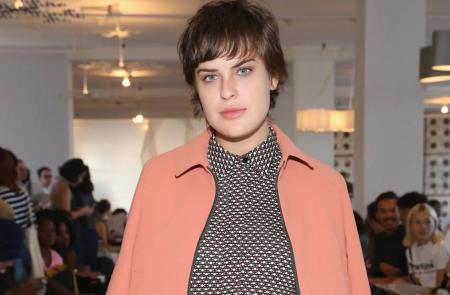 Many people search for a good relationship with a right person who knows all about their insecurities and imperfections. but still carries immense love and tries to make their bond fresh as before. So, this kind of chemistry might be seen with Tallulah Willis and Morgan MacDonald.

The Whole Ten Yards actress, Tallulah is mesmerizing the world with her amazing acting and influential roles. Apart from this, what is happening in the personal life of a promising actress? Let's find out more about Willis below.

Rumored to be Secretly Married to Morgan MacDonald!

25-year-old actress, Tallulah, and her current longtime boyfriend, Morgan MacDonald posted an Instagram video on 16th October 2016. In the Instagram post, she wrote a caption, "Husband and sister making a sweet sweet sound. The family band is really coming together" and tagged Morgan and her older sister, Scout Willis.

By the following, many people started spreading rumors of Tallulah and Morgan's secret marriage. On 17th October 2016, the Daily Mail spots the longtime couple walking in Los Angeles, California. But unlike the reports, there were no wedding rings in their hands. So, the rumors turned out to be false and they are dating as of now.

How was Tallulah's Relationship with Ex-Boyfriend, Lucas Vercetti?

Los Angeles-based actress, Willis was previously involved in a romantic relationship with Lucas Vercetti back in 2012. The couple had their first interaction through Facebook after Lucas send her friend request, and shortly they became friends.

After talking for long-long late nights on Facebook, the duo expressed their love and began dating shortly after a while. On 14th March 2012, Tallulah changed her relationship from single to "In a relationship." At that time, she was 18 years old and studying in high school.

The couple ended up with their relationship due to some reasons after dating for a while. Following their split up, a musical group, Odd Future, featured Lucas as the "white guy" on their album cover.

Debuting with Photoshoot for The Webster's New L.A. Fashion Lines

In the upcoming 92nd Academy Awards, The Webster fashion company is ahead with many fashion collections. In the upcoming fashion event, Tallulah will debut her first fashion line, Wyllis at the L.A. boutique hall on 6th February 2020.

During an interview with the Hollywood Reporter, Willis said she met Laure Heriard Dubreuil, the founder of The Webster through a mutual friend and instantly Tallulah grabbed the attention with her photoshoots. In the upcoming fashion event, The Webster's L.A. store will list Wyllis' women and kids' fashionable clothes from $45 to $800.

The promising actress, Tallulah decided to remain sober since 2017 after facing malnourished problems with aches all over her body. She believes in medication and committed not to drink and smoke for a lifetime.

Tallulah's older sisters, Rumer Willis, and Scout Willis also said they will live a life in sobriety and Rumer recently celebrated her 6 months as a sober. Likewise, they decided to keep going without drinking any alcoholic substances.