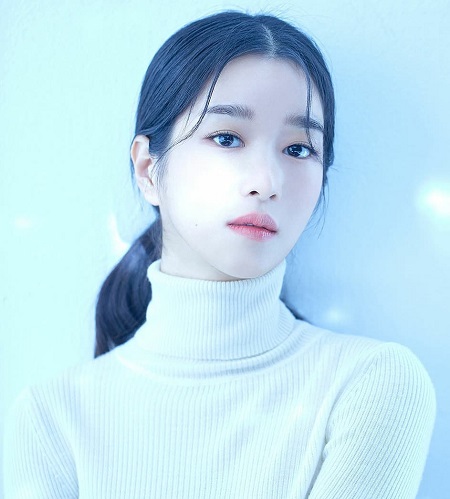 Seo Ye-Ji is a South Korean actress who has been performing in various onscreen supporting characters over the past few years. But, she is best known for playing the lead role as Shim Soon-Duk in KBS2's fantasy teen series Moorim School: Saga of the Brave in 2016. Further, her significant work includes The Night Watchman's Journal and Last.

She was born on April 6, 1990, in Seoul, South Korea. Further, she has one older sister. As per her citizenship, she is South Korean and is of Asian ethnicity. For her early education, she attended the Young-shin High School and Young won Middle School. Later she enrolled her studies from Complutense University of Madrid with a major subject in Journalism

Is Psychological Thriller Save Me's Actress, Seo Ye-Ji Dating Anyone?

Unlike other celebrities, the Korean actor, Seo, aged 30, has never opened about her love affairs to the media or public. Although she is very much active in social media, she posts images with her co-stars and friends only.

However, some online tabloids claim that Ye-Ji, 30, is in a romantic relationship with director Lee-Lo Ve. In fact, he is a cousin of actor Kim Soo Hyun, with whom she shares screen in It's Okay to Not Be Okay. But she has not confirmed her dating rumors with Lee at the current moment.

Also in the past, she was once rumored to be dating her co-star, Kim. As per the former entertainment reporter, Kim Yong Ho, Seo, and Soo Hyun also had shared great chemistry asides their on-screen chemistry. But both of them forever remain silent about it.

Along with this, Seo Ye-Ji was also rumored to be in a relationship with her co-star, Lee Joon-gi. The pair showed their great chemistry in legal thriller Lawless Lawyer in 2018.

Since her beginning career in 2013, Seo Ye-Ji has accumulated a huge amount of money. Her net worth is valued to be over $800 thousand as of early 2020. The significant way of her income is her acting career. Also, she worked initially for SK Telecom as a model in 2013.

Likewise, her depicted 2015's film Seondal: The Man Who Sells the River has made $15 million in Korea. Her next historical drama movie The Throne has grossed $45.9 million and The Bros made $10.8 million at the box office.

Additionally, she appeared on the music video Let's Not Fall in Love by artist, Big Bang, in 2015.

Landed a Role It's Okay to Not Be Okay

Well, the South Korean romantic television series originally releases on June 20, 2020. The show airs on tvN every Saturday and Sunday at 21:00 (KST) and is also movable on Netflix starting from June 20, 2020.

Asides the series, Ye-Ji has also performed in various TV shows like Potato Star 2013QR3, Super Daddy Yeol, Last, Another Oh Hae-young, Save Me, Lawless Lawyer, and among others.

In addition to that, Seo has starred in films like The Throne, Circle of Atonement, Another Way, Meet the Memories, and Quantum Physics.