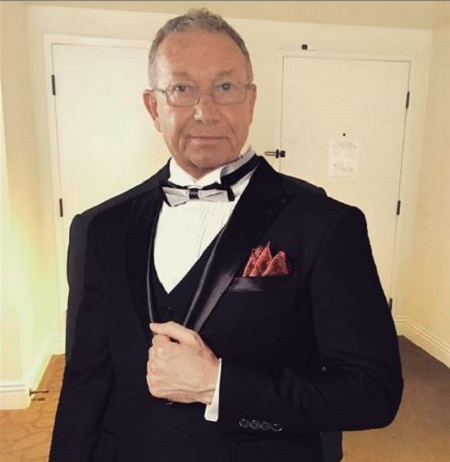 Some people are lucky enough to be famous due to their kid's honours and fame. Shalom Lemel is one of those who is highly known as the supportive father of American prominent TV personality Dorit Kemsley. She is best known for starring on The Real Housewives of Beverly Hills in 7th season in 2016.

He was born somewhere in Israel on April 19, 1947. Thus, he holds Israeli citizenship whereas ethnicity is not known. Further, the information regarding his family background also remains private.

Who is Shalom Lemel's Wife?

Well, the 73 years old Shalom Lemel is happily married to his long term wife, Rachel Lemel, born on June 20, 1953. But he has not disclosed openly his personal details to the media.

Likewise, Lemel's family is not so much popular so his marital relationship remains under the radar. However, he and his mysterious wife Rachel first welcomed their oldest son David Lemel in 1974. He is a graduate of Western New England Colleg and now work as a realtor.

Then, the couple gave birth together to their daughter Dorit on July 14, 1976, in Woodbridge, Connecticut, United States. Their youngest daughter Debbie Lemel Gross was born in 1978. She has a travel agency, named Bespoke Travel.

Now, his grown-up daughter, Dorit has become a well-known figure in the entertainment field. She works as a fashion designer and actress. So far, she graduated from Quinnipiac University with a Bachelor's degree in Marketing, Design, and Communication.

But when she was 19, she left Woodbridge, Connecticut, her hometown to fulfil her childhood dream of travelling around the world. She later moved from Italy to the US in 2009, living in NYC where she began her Dorit International business.

Yes, the beautiful fashion designer, Dorit, 44, is officially off the market. She is happily married to an English businessman, Paul Kemsley who is nine years senior to her.

Their marriage ceremony took place on March 7, 2015, at Rainbow Room in New York. The wedding was held in a warm and spiritual traditional Jewish ceremony. They have been married for over five years.

They went to Bora Bora for the honeymoon, but a hurricane occurred on the island, and the pair moved to Anguilla. The couple first met in New York through mutual friends.

He Is A Grandfather Of Five

Yes, Shalom Lemel has five grandchildren from his three kids' side. His eldest son David, 46, has been wedded to his wife, Valerie Schnipper Lemel since 2002. They have two children, a son Daniel Lemel and a daughter Drew Lemel.

In addition, his mid born child or eldest daughter Dorit shares two children with her husband, Paul. They welcomed their first child, a son named, Jagger Kemsley in 2014 before the marriage. Their second kid, a daughter, Phoenix Kemsley, was born on February 24, 2016.

And Lemel's youngest daughter Debbie welcomed one daughter Brayden Ariella Gross with her husband, Bruce David Gross. He is co-owner of Bespoke Travel. The family lives in Boca Raton, Florida. As of now, Shalom mostly spent his time with his grandkids and often shares pictures and Tiktok videos with them on his Instagram.

Working as a technician, Mr. Lemel must earn a decent amount of sum. Further, he has starred on Dorit’s several shows such as - That Was Weird (2018), Birthday Fever (2018), and RHOBH (TV Series). Now, his net worth is estimated at $100 thousand.

Whereas his daughter, Dorit Kemsley has an impressive net worth of $50 Million. But that's a combined worth with her husband, Paul. She has built her total fortune from her own successful career as a fashion designer, TV personality and entrepreneur.

As per her salary, Kemsley reportedly brings home $100,000 per episode from MVP of The Real Housewives of Beverly Hills. While another cast members Kyle Richards makes $270,000 per season. The show includes celebrities as Denise Richards, Lisa Vanderpump, among others.