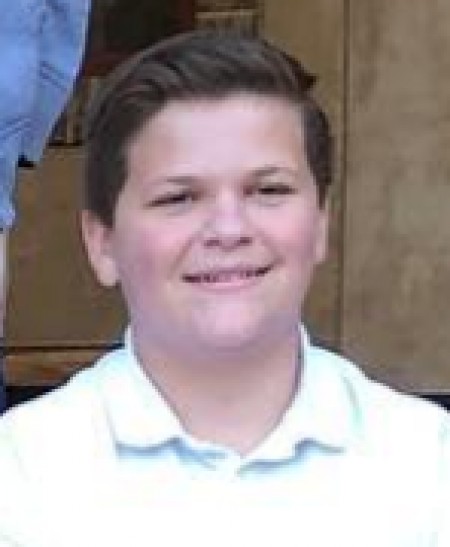 Who is Shea Jones?

Baseball Star and MLB player raised eyebrows when Chipper Jones named his third son Shea Jones after the Shea stadium where he scored 17 home runs. Read till the end and find a more interesting fact about the legendary baseball player Chipper Jones' son.

Shea Jones was born to Chipper Jones and Sharon Logonov in the year 2004. Shea holds an American nationality and belongs to white ethnicity. As of now, Shea is 15 years old.

Currently, Shea stays with his dad and his stepmom Taylor Higgins. Similarly, as a teenager, he must be attending high school. Further, he is yet to start his career.

Shea has not disclosed anything about his love life. As a high school kid, he is much oriented towards his studies. Likewise, he has two elder siblings Mathew Jones, Trey Jones and three younger siblings Tristen Jones, Cutler Ridge Jones, and Cooper Jones.

Meanwhile, his father was earlier married to celebrity Karin Fulford, and they were in a marital relationship from 1992 to 2000. However, the relationship didn't last because of his 18 months of cheating with a waitress. Further, the alleged affair produced a secret love child who was named Mathew Jones.

After the divorce, Jones was in a relationship with Shea's mother, Sharon Logonov. The pair never detailed how they met. But, after dating each other for a while, the couple went on to exchange wedding vows in 2000. The duo had a gala wedding ceremony in Pierson, Florida.

From their nuptials, they had three children. Everything went well between the husband-wife until 2012 when the couple announced about their separation. It came as a disaster for the children who were very happy with their mother and father.

Besides, the couple never disclosed anything about the reason behind the break-up. Likewise, they filed a divorce in June 2012 which was shortly approved by November the same year.

After parting away, Logonov has not married yet, but Jones started dating his current Playboy model wife, Taylor Higgins. And, Jones didn't let the children away from getting family love.

Jones married the third time on June 14, 2015. Following his marriage, he welcomed two boys with his current wife. As of now, the family lives a prosperous and happy life.

Shea Jones comes from a millionaire family. His father used to have massive income, and reportedly, he made a salary of over $13 million during his baseball career. He also invests huge money on entertainment series.

Similarly, Jones lives a rich & luxurious lifestyle in his multi-million mansion. He can afford anything that money can buy. Likewise, he has stashed up a net worth of over $90 million. Jones is also the co-owner to the television series Major League Bowhunter.

Shea Jones is in his growth age. However, he has got his father's gene with sporty and tall body structure. Shea posses a dark hair and brown eyes.