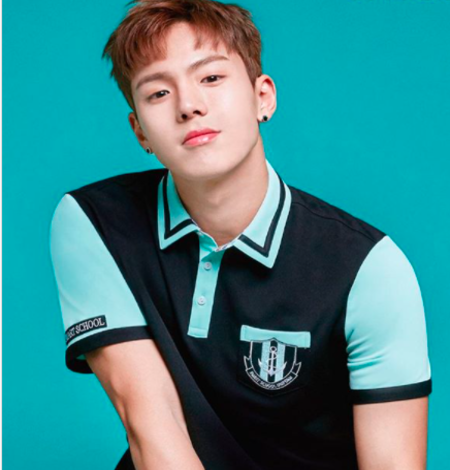 Body and Relation Status of Shownu

Have you ever heard about the Korean pop Band, MONSTA X? If yes, then you might be familiar with the lead vocalist of the band, Son Hyun Woo, who is best known as Shownu. Moreover, Shownu is a South Korean singer and dancer. Apart, he along six other members of boy band debuted under Starship Entertainment in 2015 through Mnet's survival show, No Mercy.

Shownu has gained international fame and a name for his outstanding voice and hard work. Moreover, he has won a million hearts all around the world with his looks and strong physique. Is he dating? Let us learn more about him in the article written below.

Talking about personal life, Shownu might be probably living a single life. Apart, he is busy with his career building rather than dating someone yet. Besides, he loves to keep his personal life as far as possible from the eyebolt of media and the public.

Apart, his social media account also didn't provide any hint if he is in love life or dating someone to date. Moreover, he might be waiting for his sweetheart who can support him in every step of his life. As of now, he enjoys his free time by writing a song and spending his time with his family and friends.

The 1.81 m tall, Shownu was linked with an anonymous married woman in 2019. Besides, on October 30, 2019, former Idol trainee Han Seo Hee uploaded posts that linked the name of Shownu relation with a married woman. However, the Starship Entertainment settled the allegation with an official statement dictating the 27-year-old will not be involved.

Apart, agents also expressed their view on behalf of Shownu, they stated that: the lead singer is unknown regarding the anonymous women's marriage. Further, they also added that Shownu will not be seeing the women in the future and is not interested in getting involved in a Lawsuit. As of now, Shownu is living a rumor and controversy-free life.

Back on July 2, 2020, Monsta X-lead singer, Shownu underwent eye surgery due to health concerns surrounding his left eye. Moreover, his agency officially shared the news that he has LASIK surgery due to an abnormality in left eye retina and later underwent a more thorough examination. After the examination, Shownu was diagnosed with retinal detachment in the left eye and so, he has surgery. As of now, he is fully recovered and returned back to the group.

Moreover, he is a member of K-pop band MONSTA-X along with Minhyuk, Kihyuk, Hyungwon, Joohoney, and I.M. However, Wonho was also a member of the band, who departed from the group following allegations on October 31, 2019.

On the other side, his band songs are very popular and hit all around the world. Apart, Shownu has also done modeling for many bands. As of now, he is living a lavish life with his family and friends.

Shownu was born as Son Hyun-woo on June 18, 1992, in Chang-dong, Dobong-gu, in Seoul, South Korean. However, his parents' and siblings' details are still under review. Apart, he holds a South Korean nationality and belongs to Korean ethnicity.

He attended his high school in Donbong-gu high school. Moreover, he developed a good interest in singing and dancing from his school days which led him to have a career in it. 28 years old, Shownu started his career as a trainee in JPY Entertainment in 2009 and later became part of the group Got7.