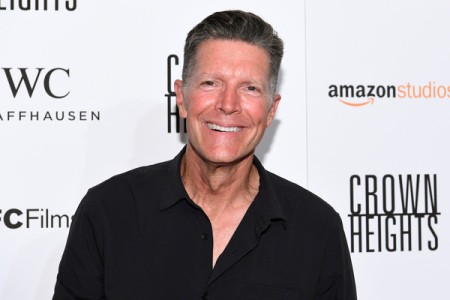 Stone Phillips is an American journalist who is a television reporter and correspondent. He is mostly famous as the former co-anchor of a news magazine TV series, Dateline NBC.  While he worked for ABC, Stone covered major events such as the Lebanon war, Rajiv Gandhi's election campaign, and the exodus of Vietnamese boat people.

Stone was born on December 2, 1954, in Texas, the United States to father Victor, a chemical engineer, and a World War II veteran. Likewise his mother Grace Phillips was a school teacher. He has a brother named, Victor III and a sister named, Minta. The 65-year-old Phillips is of Scottish ancestry and he graduated with a Bachelor of Philosophy from Yale University in 1977.

The former World News Tonight correspondent is married to Debra Del Toro-Phillips. The couple married in 1985 and has one son named, Streeter Phillips (b: 1988). Streeter works in the entertainment industry as the Director of Development at Story Syndicate. Likewise, he is also the co-founder of a  company called, The Everything.

Stone's longtime wife is an interior designer and an accomplished fashion designer. However, neither Stone nor Debra has shared information about their dating history.

Phillips and his wife have been together for 35 years as of 2020. Debra currently works in a New York-based interior design company called, Room Renaissance. Previously, she was a founder/designer of a Spanish/English greeting card company. Similarly, Debra is also a social worker specialized in elders and adult-child caregivers.

At the peak of his career, Stone used to make multiple public and media appearances with his family. He is not active on social media and is busy doing his personal works. Do you know the couple had a daughter born in August 1995 who died that same day?

The former Dateline NBC co-anchor, Stone Phillips' net worth is not available. As per some sources, he might have an estimated net worth of $5 million. Phillps was one of the most popular faces of television in the 80s and the 90s. He amassed a decent earning from his tenure at ABC and NBC network.

Stone worked with ABC News for 12 years and later joined the NBC News in 1992. In 2007, when NBC didn't renew his contract worth $7 million, Phillips moved on to new projects. Currently, he maintains a blog called, Stone Phillips Reports.

On average the television correspondent earns an annual salary of over $56,454. Some television journalists such as George Stephanopoulos and Bob Woodruff has a massive fortune. While at NBC, Phillips won an Emmy Award for Outstanding interview.

What is Stone Phillips doing in 2020?

Stone's last television appearance as a host was in 2013 when he hosted a PBS documentary, Moving with Grace. Since then he has been working low-key. In 2018, the anchor attended the premiere of Hulu's The Looming Tower in New York City.

It is said that Phillips and his wife currently reside in New York focusing on their respective works.