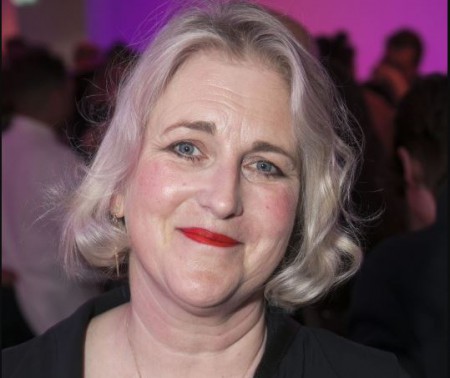 We have seen many actresses rose to fame with their prominent roles. And today we are talking about Sylvestra Le Touzel mostly known for her role in Jane Austen's Mansfield Park (1983). Like British actress Sharon Maughan, Touzel also enjoyed a decent acting career. So, let's know what she is famous for?

Who is Sylvestra Le Touzel?

Sylvestra Le Touzel is a renown British television, film, and stage actor. She was born around 1958 in Kensington, London. The exact detail of her exact birth month is unknown; hence, her age might be around 61 years as of 2019.

She was born in Kensington, London, to a prominent family from Saint Helier, Jersey, Channel Islands. Touzel was schooled in East Action.

Beginning of her acting career

Le Touzel began her career as a child actor, and her first television role was in the Doctor Who story The Mind Robber. She appeared in the BBC dramatization of Jane Austen's Mansfield Park (1983).

Also, she appeared in a classic Heineken commercial "The Water in Majorca" with Bryan Pringle. The ad ranked at number 29 in Channel 4's list of the "100 Greatest Tv Ads" in 2000.

Likewise, she appeared as Sandra Kendrick in the BBC TV series Death in Paradise. Additionally, in 2017, she portrayed Lady Dorothy MacMillan in the Netflix series The Crown.

Fans are always curious to know the personal life of Miss Touzel as she has been married for quite a long time. For your information, her spouse is known for his role as Ser Alliser Thorne in the HBO fantasy TV series Game of Thrones. Well, Touzel has been married since 2001 and currently is living a blissful life. So, who is her husband?

Le Touzel first met actor Owen Teale during the production of King Henry IV in 1991. After meeting several years later, the couple married in 2001. The husband-wife duo has two adult daughters named Grace and Eliza Teale. As of 2019, Le Touzel and her spouse have been married for nearly nineteen years and are still together without any conflicts.

The details about Le Touzel's past relationship is unavailable. However, she is the second wife of Mr. Teale. Previously, he was married to British actress, Dilys Watling with whom he has a son named Ion.

Le Touzel is not active on any social media platforms; hence, it is difficult to follow her daily updates. Nonetheless, she has perfectly managed to balance her personal as well as her professional life.

The renown actress has been in the entertainment industry since her childhood days. She has appeared in several popular tv shows and movies. Throughout her career, Sylvestra has amassed an impressive fortune. As of 2019, she enjoys a stunning net worth of $600,000.

Apart from television and films, she regularly appears on stage shows and supports on theatrical performances.

Besides, her active career, Touzel also supports the charitable theatre, and in 2005 she became a patron of Montage Theatre Arts, London. Her exact salary and earnings are unavailable, and she maintains a low-key profile.