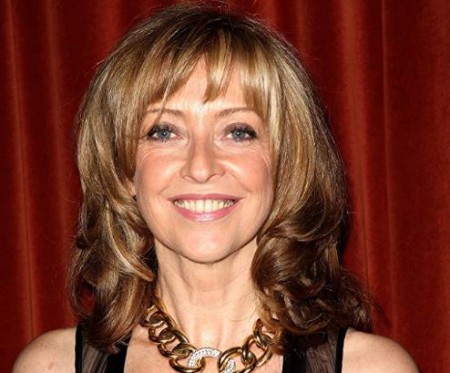 A specific role can change the entire life of an actor, take Tom Hanks for example; his roles in film, 'Big" and 'Forrest Gump' made him a Hollywood star. And the celebrity whom we are going to discuss today is none other than Sharon Maughan. Well, she is mostly known for appearing in Nescafe's Gold Blend coffee with actor Anthony Head. Further, it was one of the most successful 'soap' type adverts of its time.

Who is Sharon Maughan?

Sharon Maughan is a British actress who was born on June 22, 1950, in Liverpool, Lancashire, England. As of 2019, she is 69 years old, and her birth sign is cancer. Her parents Norah and Frank raised her alongside four sibling brothers. Also, her father proudly became a white-collar worker despite having little education.

Sharon attended St. Gregory's, the country's first all-girl Catholic comprehensive school. Sharon, an actress, and producer, is known for The Bank Job (2008), She's Out of My League (2010) and Time Lapse (2014).

Talking about Sharon Maughan's personal life, she is a married woman. She has been in blissful marital solidarity with her husband since 1980. Further, she is the mother of three lovely children and is happy from her personal life.

In 1977, Sharon met actor, Trevor Eve and in 1979, they both had parts in the West End production of Filumena. The couple married in 1980, and they lived in a modest terraced house in Brentford.

In 1982, Maughan gave birth to their first child, Alice Eve. Alice is now a renown actress who is known for movies like Starter for 10, Big Nothing, Sex and the City 2, etc. among others.

Soon after the family moved to the United States, where their second child, Jack Eve, was born in 1985, he is now a filmmaker who has worked in movies like Bees Make Honey, Death of a farmer, etc.

Later, the family moved in Los Angeles, and she gave birth to their child, George in 1994. Till date, Sharon and her husband, Trevor hasn't been involved in any controversies.

How much is Sharon Maughan's Net Worth?

As of 2019, Sharon Maughan has an impressive net worth of $1 million. The primary source of her income comes through acting and directing. Some of her movies collected decent earnings at the box-office such as She's Out of My League ($49.8 million) and The Bank Job ($64.8 million).

Sharon has been active in the entertainment industry since 1971. Throughout her career, she has amassed an impressive fortune.

The detail about Maughan's income is not available. However, as an actress, her annual earnings might range from $67,000-$200,000. There is no doubt that she lives a lavish lifestyle.

Meanwhile, her husband, Trevor Eve is a television and film actor. He has a net worth of $2 million.