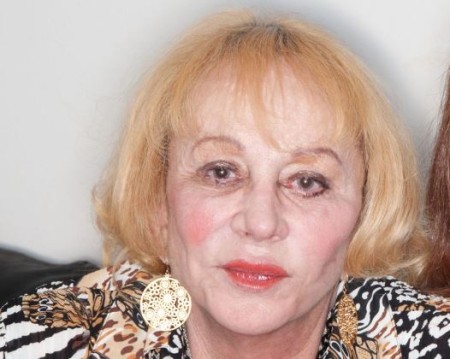 The famous self-proclaimed psychic, Sylvia Browne, made a net worth of over a million dollars from her business. She was an American author who faced many criticisms for making false predictions.

Browne claimed to possess psychic ability, and she had a cult following until her death in 2013. Recently in 2020, Sylvia's book, "End of Days: Predictions and Prophecies about the End of the World," attracted media attention. In the book which she wrote in 2008, Sylvia claimed a severe illness like pneumonia would spread in 2020.

At present, people are facing a global pandemic of Corona-Virus (COVID-19), and the number of death tolls is increasing exponentially. After seven years of her death, social media users have related Sylvia's prediction from the book to the corona-virus. So, how true are her claims?

Did Sylvia predict the coronavirus in her book End of Days?

In 2008, Sylvia, along with a writer, Lindsay Harrison, published a book about prophecies that claimed about the ending of the world. In the book, she wrote:

"In around 2020, a severe pneumonia-like illness will spread throughout the globe, attacking the lungs and bronchial tubes and resisting all known treatments."

However, as per a paranormal investigator, COVID-19 can lead to pneumonia, but it is not a severe pneumonia-like illness. Therefore, it can be said that Sylvia's predictions are not "entirely accurate."

The corona-virus was first identified in Wuhan City, China, in 2019. Afterward, the virus has since spread rapidly, resulting in the 2020 global pandemic. Many famous names such as Tom Hanks and his wife, Rita Wilson, Canadian Prime Minister Justin Trudeau, Idris Elba, Debi Mazar, have been tested positive for corona-virus, among others.

The sales of End of Days is now rising in Amazon's non-fiction chart. Sylvia's doomsday predictions are becoming viral. Additionally, few celebrities picked up the alleged similarity on social media, and Kim Kardashian was one of them.

How was Sylvia Browne's Married Life?

How did they meet? The End of Days' author once revealed in a news show about their first meeting. Around 2007, Sylvia was looking for an engagement ring for one of her sons in a jewelry store. There she saw an attractive man standing inside the shop. Being curious, she asked the owner about the man to which he replied: 'That's my father!'

Michael, who had a son from a previous marriage, became Sylvia's fourth husband. The couple had a wedding ceremony in March 2009. At the time of her marriage, Sylvia was 72 years old. Also, Ulery was a loving and supportive partner. He worked with Browne as a global merchandise manager, tour manager, and designer for her company, Sylvia Browne Corp.

Browne's first husband was Gary Dufresne, to whom she was together from 1959 to 1972. They had two sons named Paul and Christopher.

After separating from Dufresne, she married Kensil Dalzel Brown. However, their relation couldn't last long. Similarly, her third husband was Larry Beck. They were married from 1994 to 2002.

Net Worth: What was her Business?

Sylvia Browne had a net worth of $1.5 million at the time of her death. She was an author and a businesswoman. Also, Browne was the founder of Sylvia Browne Corporation and Sylvia Browne Enterprises. In a 2010 interview, Sylvia's business manager revealed that her business income was $3 million per year.

How much she used to make as a psychic? As per celebrity net worth, Sylvia earned $850 per her 30-minute psychic reading sessions. The self-proclaimed spiritual medium is also an author to more than 40 books, which added extra wealth to her bank balance.

Sylvia was known for making numerous predictions and used to make appearances on radio and television. She appeared alongside talk show host and comedians such as Jay Leno. Sylvia also founded the Nirvana Foundation for Psychic Research and a church, Society of Novus Spiritus.

Many public predictions of Sylvia Browne are proven false. In an episode of the 2003 talk show Larry King Live, Browne predicted she would die at 88, but she died at age 77.

Likewise, in November 2004, she told the mother of a kidnapping victim Amanda Berry that she is not alive. Amanda was found alive in May 2013, but her mother died believing that she had been killed. If you want to read, there are many cases of Browne's false predictions.

The psychic author was once a convicted criminal. She faced theft charges in 1992. Browne, along with her then-husband, Kenzil Brown were arrested on several charges of investment fraud and grand theft.

On November 20, 2013, Sylvia Browne died at the age of 77 at Good Samaritan Hospital in San Jose, California. Her cemetery is in Oak Hill Memorial Park.

After seven years of her death, Sylvia attracted media attention. Her book End of Days published in 2008 is now becoming a viral sensation due to her prediction about an illness in 2020.