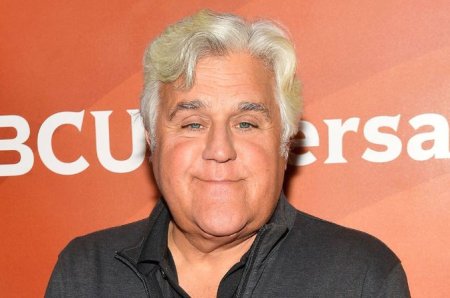 The Tonight Show with Jay Leno's former host, James Douglas Muir Leno, is an American comedian, actor, writer, and former late-night host. Jay Leno, who has a net worth over $400 million, is known for hosting web and television series, 'Jay Leno's Garage.' Leno is known to have a profound love for automobiles. His cars and bikes collections include hundreds of classic turbine and electric vehicles.

Jay Leno was born April 28, 1950, in New Rochelle, New York. His father, Angelo, was a New York-born salesman. His mother, Catherine, who grew in Greenock, Scotland, moved to New York at the age of 11. Jay graduated from Andover High School and received a Bachelor of speech therapy degree from Emerson College.

Besides, Jay felt education was a challenge as he had dyslexia, at the time a little-recognized intellectual disorder. During those times, a school guidance advisor personally suggested that he should drop out of school, but he did not, and the rest is history.

One of the successful late-night hosts, Jay Leno, is happily married to Mavis Leno, his longtime wife for 39 years. The couple first met in the 1970s. Jay and his wife exchanged their wedding vows on November 3, 1980. Their wedding ceremony was small and private, which they had organized at a friend's house. Do you know Leno's parents were also married on November 3?

Furthermore, Jay's wife Mavis is an American philanthropist, feminist, and wife of Jay Leno, the former host of The Tonight Show. Besides, so far, the longtime marital couple is not engaged in any sort of rumors regarding their divorce.

Their marriage is not only deemed good in comparison to Hollywood, and their relationship is an indication of real engagement and contentment for any couple.

It's almost been a 40 year of their union, but they still don't have any children. The longtime couples have publicly said that not having a child was their sole choice. This was a compromise that Jay had already made before he approached Leno.

They have wholeheartedly supported the judgment of not having a kid. Nevertheless, when speaking with The Washington Post in 2014, his spouse Mavis explained how she used to watch The Honeymooners as a kid of the 1950s comedy, and how the series had a life-long impact on her perceptions of marriage.

The 68 years old comedian-actor Jay has seen many ups and downs throughout his life. He is one of the most influential personalities of Hollywood who tries to cover his struggle under the shadow of his lavish lifestyle.

While he was doing the first season as host of The Tonight Show, unfortunately, his mother died at the age of 82, and his father also died at the age of 84 in the following year. It must be hard for jay to deal with his loss. But somehow, he moved on his life from that tragic event.

Later on,  in 2002, his older brother Patrick Leno, who was a Vietnamese soldier and graduate of the Yale Law School, died at the age of 62 from cancer complications.

One of the most successful Comedians

No doubt, Jay Leno is one of the richest comedians in Hollywood. Through his public speaking skill and the extraordinary persona, he has earned an enormous amount of wealth and fame through his profession. It estimated that his net wealth is staggering $400 million as per 2020. Another successful comedian who has a similar net worth is Larry David, who reportedly gave half of his fortune to ex-wife, Laurie David.

His late-night show is considered one of the most successful shows in T.V industry. Jay Leno allegedly received a $30 million salary at the height of his tenure hosting NBC's "The Tonight Show."

Furthermore, when he took a 50%  pay cut in 2012, it compensates his around $15 million. Similarly, Jay receives about $10 million in 2011 from a hectic stand-up performing schedule that involves more than 200 shows a year.

Leno maintains two properties on opposite coastlines: one in Beverly Hills, California, and one in Newport, R.I. He and his wife acquired the $13.5 million Newport oceanfront estate in 2017. Many successful comedians and hosts such as Martin Lawrence spend their money on luxurious assets.

Evidently, his home consists of a six-car workshop for Leno's favorite cars. An artist initially designed the home in 1936, who was renowned for his work on the Statue of Liberty reconstruction.

Leno has earned an enormous amount of wealth, and it is obvious that he is spending a portion of his money lavishly. Jay has a deep love for antique automobiles. He is reported to own a total of 286 automobiles, comprising 169 cars and 117 motorcycles.

His love and passion of cars and bike is outstanding. He has almost spent $100 million on his cars and motorcycles. Some of his collections include two Double steam cars operated by Howard Hughes, the famous 1963 Jaguar XK-E, and some new electric vehicles.

He returned many of the cars to their former glory and also took model cars and found ways to get them fit for the track. The bulk of Leno's array is actually located in his vast, hangar-like workshop in Burbank, California.

In 2001, he and his wife contributed $100,000 to the movement to combat gender discrimination in Afghanistan through the Feminist Majority Foundation to teach the world about the condition of women under Taliban control in Afghanistan.

Similarly, In 2009, in memory of Lennie Sogoloff, who founded Leno at his jazz club, Lennie's-on - the-Turnpike, he contributed $100,000 to a scholarship program at Salem State College (now Salem State University).

Besides, Leno auctioned his Fiat 500 in August 2012, which was offered for $385,000 with all the money going to a organization that helps the injured combat veterans survive by offering emergency homes for them.

Stay Tuned With Us: MarriedCeleb To Know More About Hollywood Actors.