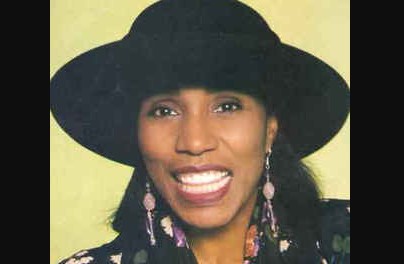 Who is Syreeta Wright?

Syreeta Wright, a Motown recording artist and songwriter who collaborated in writing hits including Signed, Sealed, Delivered I'm Yours and If You Really Love Me. At the age of 58, Wright died due to cancer.

Syreeta Wright was born on August 3, 1946, in Pittsburgh, Pennsylvania as Syreeta Wright Muhammad. Her father served in the Korean War. So, along with Syreeta, her two sisters, Yvonne and Kim, grew up in the shade of Essie's mother and grandmother. Before lastly settling in Detroit, Wrights moved back and forth from Detroit to South Carolina.

Money issues prevented Wright from pursuing a ballet career. Instead, she concentrated her attention on a music career joining several singing groups before landing a job for Motown in 1965 as a receptionist. She became Mickey Stevenson's secretary within a year.

A year later, Wright's singing Edward Holland noticed Wright's talents and chose to try her out for Supremes song sessions. Berry Gordy, CEO of Motown, shortened her birth name to "Rita," and in January 1968 Wright released her first solo single, "I Can't Give Back the Love I Feel for You."  Ever since then, she had a very flourishing career as she started her solo career and gave out the number of the album in the field of the music industry.

Even though Syreeta had a very successful career, we cannot really say so about her personal life as she married three times. She first tied a knot with popular singer and songwriter Stevie Wonder in 1970.

However, their relationship couldn't last long, and only after 18 months of marriage; the pair decided to part their ways from each other. The reason for their divorce is still not available.

After her brief split with Stevie, Wright later married bassist Curtis Robertson Jr. in 1975. The couple lived a very blissful until 1982 when the couple started to have problems in their relationship. Again with her second spouse, Robertson Jr. Wright filed for a divorce.

In the mid-1970s, Wright resided briefly in Ethiopia, where she worked as a teacher of Transcendental Meditation. She finally settled in Los Angeles, where she spent the remainder of her life.

Wright turned into Islam after her third marriage. There are no details on her last marriage. Syreeta's last husband always loved being a low key person, so till now their no details about him.

Besides, Steve Wonder linked up in a marital relationship with Tomeeka Robyn Bracy and Kai Millard Morris.

Altogether, Syreeta had four children from her three marriages. Wright never shared a child with her first husband Stevie, but with her second and third spouse, she shared two kids each.

From her solo career as an artist, Wright earned a pretty good amount of money. Yet, the details about her net worth are not available at the moment as she never revealed it when she was alive.

Wright died in 2004 of congestive heart failure, a side effect of chemotherapy and radiation treatments she was receiving for breast and bone cancer. She was buried in Inglewood Park Cemetery.