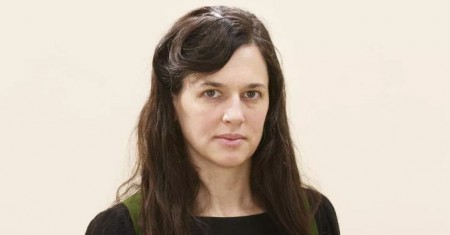 Few celebrities are gifted with exceptional artistic abilities and can leave their mark in the world forever. One such personality who is obsessively passionate about her art is Taryn Simon.

Who is Taryn Simon?

Taryn Simon is an American multidisciplinary talent who has contributed to the world of in photography, performance, and sculpture but is mostly known for her unparalleled skills in photography and documentary making. She is among a few artists who have their work featured in Venice Biennale.

Simon was born in New York on Feb 4, 1975, to an artistic family (her father and grandfather both worked in image design) sparked her interest in photography. Before she learned photography, she was a student of environmental science at Brown University. She then transferred within a short time to art Semitics while also taking classes of photography in Rhode Island School of Design.

The photographer got married to filmmaker Jake Paltrow, brother of American actress and businesswoman, Gwyneth Paltrow in 2010. The couple began dating in 1999, and after 11 long years of solidarity, they exchanged wedding vows.

Their wedding ceremony was held in a small ceremony in the United Nations Chapel, New York. They share great chemistry together since the marriage.

Taryn and her husband share two children from their nuptials. Their children's names are Eliel Paltrow and Whister Paltrow.

As of now, Taryn and her husband are living in a blissful marital relationship. They are not involved in any controversies and stay far from the rumors.

She has published a bunch of world-class documentaries and photographs. She is best known for bringing out the real-life stories of the war victims and young girls in a war zone who are brutally raped and murdered.

She travels all around the world, doing extensive research to give the best to her work. Her works show her wide range of research in history, law, geography, and social problems. Some of her contemporary works like the Innocents have also translated to books.

Her popular works include black square, the innocents, an American index of the hidden and unfamiliar.

Through her work, she has been able to garner herself multiple prestigious awards and including the Guggenheim fellowship and International Center of Photography infinity award for publication and has won various nominations too.

Contraband is one of Simon's most popular artistic features which is a collection of 1075 photographs. She photographed the seized items of the passengers at John F. Kennedy international airport who had their items seized and postal mails entering US mail services for inspection. She has an obsessive compulsion for details and aesthetics that make her different than her contemporaries.

An American work of the Hidden and Unfamiliar

It is basically a collection of photographic stories about the objects, sites, and spaces from America's history, mythology which comprises of nuclear weapons to radioactive capsule age at a nuclear waste storage facility.

Usually, a photographer's salary in Unites states is $39 thousand to $80 thousand, but Taryn has managed to go way ahead of that. When it comes to her wage, she has been ranked along with the top celebrities in the US. As of 2019, the amazingly talented 44-year-old photographer has an estimated net worth of $600,000.