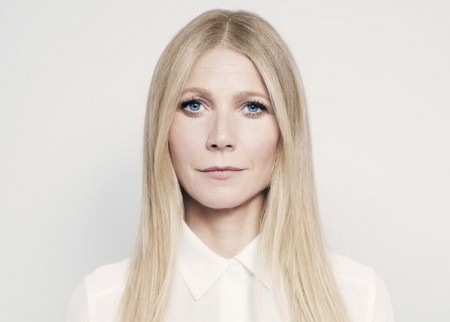 If you are fan of Tony Stark of the Avengers movie, then you sure know his other-half, i.e Pepper Potts. And, the actress who portrays the character is none other than, Gwyneth Paltrow who is an award winning actress.

The 46-year-old, Gwyneth Paltrow is an American actress, singer, author, and businesswoman. Her films have grossed over $3 billion at the U.S. box office. She gained early notice for her work in films like Seven, Emma, and A Perfect Murder. Since 2008, Paltrow has portrayed Pepper Potts in the Marvel Cinematic Universe.

Gwyneth Kate Paltrow was born on September 27, 1972, in Los Angeles, California, the United States. She was born to actress, Blythe Danner and film producer-director Bruce Paltrow. She was raised celebrating both Jewish and Christian holidays. Gwyneth has a younger brother, Jake Paltrow, who is the director and screenwriter.

Do you know Gwyneth's godfather is Steven Spielberg? She attended Crossroads School before enrolling in the Spence School, a private girls' school in New York City. Later, she briefly studied anthropology at the University of California, before dropping out to act.

She began her career with a debut film, High (1989), a TV film directed by her father. During 1995 to 2007, Gwyneth starred in the movies like Se7en, Emma, Shakespeare in Love, The Talented Mr. Ripley, Sylvia, The Good Night, etc.

In 2008, she starred alongside Robert Downey Jr. in the superhero film, Iron Man. Later, she reprised her role in it's sequel Iron Man 2 and Iron Man 3.

Apart from acting, Paltrow has also written a few books which are mainly cookbooks. Besides, she is also the face of many fashion lines and lifestyles ventures.

Talking about Gwyneth Paltrow's personal life, she has been married twice and has been in a few romantic relationship. Currently, she is a married woman and has two lovely children.

As mentioned, Paltrow is a married woman. She married Brad Falchuk, a producer whom she met on the set of Glee in 2010. They announced their engagement on January 8, 2018. Their marriage ceremony was held in September 2018 in The Hamptons on Long Island, New York.

Paltrow and Falchuk began dating back in 2014 and went public in April 2015. As of now, they are yet to have a child. Her husband, Falchuk was married to Suzanne Falchuk until 2013.

Paltrow was first married to Chris Martin, lead singer and co-founder of the rock band Coldplay. How did they meet? Paltrow met Martin at the backstage in October 2002, and afterward, they began dating.

Paltrow and Martin married in December 2003 in a simple ceremony at a hotel in Southern California. They welcomed their first child a daughter named Apple on May 2004 in London. Similarly, their second child, a son named Moses was born in April 2006.

Unfortunately, Paltrow and Martin announced their separation as a "conscious uncoupling" in march 2014 after ten years of marriage. As per reports, paltrow cut down on work after giving birth to her son and even suffered from Postpartum Depression. Sadly, in April 2015, she filed for divorce which was finalized on July 14, 2016.

At the age of 24, Paltrow was engaged to actor Brad Pitt whom she dated from 1994 to 1997. However, their engagement was called off, according to paltrow, because she wasn't ready for marriage.

She had an on-off three-year relationship with actor, Ben Affleck from 1997 to late 2000.

As of 2019, Paltrow has a net worth of $60 million. The primary source of her income is acting mainly and business ventures. Her movies have grossed $3.2 billion at the U.S box office and $8.2 billion worldwide. Hence, there is no doubt that Paltrow as an actress earns a hefty sum of income.

Now, we have seen some of the Paltrow's movies records at the Box-Office, we can estimate that her earnings per movie might be in millions.

Apart from acting, Paltrow earns additional income from brand endorsements and fashion lines. In 2006, she became the face for Bean Pole International, a Korean fashion brand. Similarly, in 2014, she partnered with Blo Blow Bar, teaming up with the brand's creative branch.

In 2008, Paltrow launched the weekly lifestyle newsletter Goop. The brand has expanded into the e-commerce, collaborating with fashion brands, launching shops, print magazine, a podcast, and a documentary series to be streamed on Netflix.

Since 2005 she has been the face of Estee Lauder Pleasures perfume. She had been a model for Tod's (2008), Coach (2011), and Tous (2016). In 2016 Paltrow partnered with organics skin care company Juice Beauty and developed a new makeup collection. For your information, actress Hilary Duff also has a similar career trajectory like Paltrow.