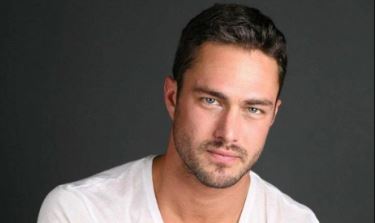 Taylor Kinney is a famous actor who has been in many Hollywood hits as well as Television Series. His most prominent works were Mason Lockwood in The Vampire Diaries, as well as Oscar-winner Zero Dark Thirty. Apart from his acting career, he made headlines in many news for being former Faience of Lady Gaga. And currently, he is trending due to his series Chicago Fire and Chicago Fire, where he is acting alongside Marina Squercuati.

Born on July 15, 1981, in Lancaster, Pennsylvania. He is the son of a Pamela Heisler, Daniel Kinney whereas his Sibling is Ryan Kinney, Adam Kinney, Trent Kinney. In this article, you will know about his net worth, relationship, and more.

Meanwhile, due to his silence also, we are unable to give any specifications regarding his present girlfriend or partner. However, there are many rumors about his love life. Scroll down to more.

Is Taylor Kinney Really Dating Someone?

Well! he seems to have a single but his recent Instagram post has made a sensation regarding his affair. In reality, the actor posted a video of himself dancing romantically with a new mystery woman while quarantining at home on his Instagram account.

Considering how private Kinney was regarding his love life, this video can mean that he's willing to share the specifics about his new girlfriend with the world. He didn't name the woman in that video.

But after seeing how close they are, we must say, there's a possibility that he'll reveal something about her in the future. Scroll down to know his previous with Lady Gaga.

His relationship with Lady Gaga started in 2011, where Kinney encountered Lady Gaga on the set of her music video for "You and I," Since then his affair with Lady Gaga was initiated.

Kinney and Gaga had dated for three years. During their romantic days, the love bird went all over the world together. And they both have attended several award function together.

They took their relationship to the next level after getting engaged in 2015. Their marriage was rumored to held a year later. But before getting married the couple got seperated.

Currently, Lady Gaga is dating CEO of famous media house Business Insider Michael Polansky. According to rumors the couple even planing for marriage and having babies.

He is the well-known actor who has debuted on Hollywood movies from 2007. Since then, he has been the part of many box office blockbuster. His movie zero dark thirty is an Oscar winner which made box office collection around $132.8 million.

His another hundred million cross movie was The Other Woman which made staggering $196.7 million in the box office. Nevertheless, he must have got a paycheck in the six-digit figure by doing these projects similar to Kennya Baldwin. Furthermore, his net worth is estimated at around $1.5 million.

He is also featured in a variety of music videos as well as he has also played in several T.V series just like Chicago Med, Breakout Kings, The Vampire Diaries through which he must have earned a great amount of fortune and wealth. He is also residing in a luxurious way, moreover, he is also a neighbour of Miranda Rae Mayo.