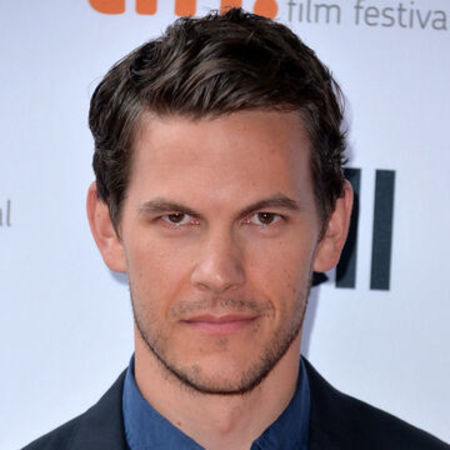 American legal series Suits actor, Top Lipinski was born in 1983, in Massachusetts, New England, USA. Besides, we don't have much information on his parents', siblings', and educational qualification details right now. He holds an American nationality and belongs to white ethnicity. Tom developed an interest in acting from an early age.

Who Is Tom Lipinski's Wife? Does he have children?

Well, Tom, 37, is a married man. He is married to his long-time girlfriend turned wife, Shannon Gillen. Moreover, his wife, Shannon is a dancer. Apart, Tom met his future wife for the first time while visiting a Contemporary Dance Theater Company located in New York City. Moreover, the couple felt a special attachment between, and later they got engaged.

Besides, the love birds walked down to aisle on July 7, 2012. There wedding took place in New York City, New York, in the presence of their close friends and family. Since then, their wedding the couple is enjoying a blissful life. They share a strong bond and often appear in award show and events by holding hands.

So far, there is no news of their separation and divorce yet. Apart, he loves to live controversies and rumors-free life. Besides, the couple became parents of beautiful daughter Sasha Lipinski, on May 18, 2018. As of now, he is living a happy married life with his wife and family.

Tom has collected a decent amount of money from his career as an actor and director. Furthermore, he has an estimated net worth is $500,000 which is similar to actor Luke Eisner. However, her exact net worth figure is still under review.

On the other hand, the average salary of an actress/actor in the United States is around $50,000-$60,000. Apart, he appeared in the movie, Youth(2015) which has a box office collection of $24 million over the budget of $14.4 million. As of now, he is living a lavish life with his wife and daughter in the United States of America.

Talking about professional life, Tom started his career from the American television series, Law & Order- The two faces of justice where he played the role of Derek Fanning. Moreover, he rose to fame after playing the role of Trevor in the long-running American legal drama series, Suits from 2011-2016. Lipinski appeared in the shows along with Sarah Rafferty, Duchess of Sussex, Meghan Markle, Gabriel Macht, and many others.