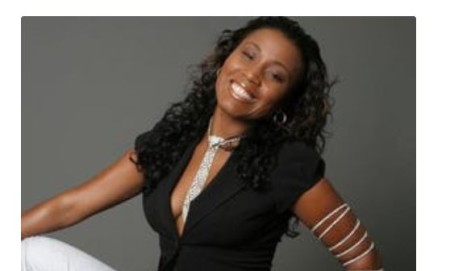 Alexandra Cheron was one of the prominent actresses in the field of entertainment. More to that, she was listed #12 on "The 50 Most Beautiful Latino" by People magazine. She rose to fame for her role, Carolina in the crime action drama movie, Neighborhood Talent.

Cheron was born as Alexandra Beauvoir Cheron Tavarez on January 16, 1983, in San Francisco de Macoris, Dominican Republic. Born into an African-American family, she was American citizenship. Aside from this, she was married twice and involved in several affairs as well. Find out more in detail about Cheron's personal life in the following sections.

Former actress, Alexandra had the most beautiful moments with her first husband, Mickael Russo. The duo tied the knot on October 16, 2001, in Las Vegas, Nevada, where they invited their beloved ones.

After their marriage, the married pair proclaimed that they're going to share their first baby in 2000. Cheron later gave birth to a beautiful daughter, Melyssa Russo (born on 8th November 2000), who weighs 7 pounds and 2 ounces at the time of delivery.

The two stayed married for overall two years before filing a divorce in 2002. Later, the registration court confirmed their separation and granted the custody of their child in the hands of Cheron on September 27, 2002.

Fast & Furious actress, Cheron was committed to an American actor, Christopher E. Santos. The duo married on August 3, 2008, at an intimate yet lavishing ceremony.

The married pair welcomed an adorable son, Brandon Enrique Santos on March 16, 2008. During the time of birth, he was 8 pounds and 3 ounces. As of now, their son turns 11 and busy on his studies.

Just like her first marriage, Cheron's second marriage also couldn't last for long and citing some irreconcilable differences, they officially divorced on April 10, 2009. More to that, the couple decided to co-parent their son, but Brando was too young when they split, so Alexandra won the custody.

Her Other Relationship Affairs

Alexandra was linked into a romantic relationship with Dominican singer, Antony Santos, who's one of the top-selling musical artists of all time in 2007. Unfortunately, they ended their relationship due to some misunderstandings in 2008.

After the breakup, Cheron started dating CSI: Miami's actor, Adam Rodriguez by the end of 2008. The duo's chemistry also failed due to some personal differences, and they separated in 2009. Currently, Adam is living with his wife, Grace Gail since 2016.

The late actress spent the last minute of her life with a baseball player, Franklin Reyes. The duo had their first encounter in 2009 and shortly began to date.

After dating for more than two years, they got engaged in summer 2011 in France. Nevertheless, their marriage didn't complete after a tragic car accident.

At the time of the accident, Cheron was traveling in her autovia del Este car on South on Route 3 to Santo Domingo in the Dominican Republic. But, she pulled over from the lane and moved to the opposite road where a big truck was driving to the north.

The truck driver saw her and tried to move out of the lane, but they collided forward to each other, reported by witnesses. During that time, Cheron's two children were sitting behind her, but they also get injured with the driver.

Untimely, Alexandra died at the arrival of the hospital on May 21, 2011. It was proclaimed that she had a car accident on the same road three years before the tragic accident.

Alexandra Cheron had $200 Million fortune at the time of her death in 2011. Similarly, she earned a lucrative salary from her profession. She also bought a lavish mansion in Star Island, Miami Beach, which was later auctioned following her death.

Cheron appeared in the television crime drama series, Miami Vice, in 2006, in which the show hit one of the highest views in an episode. Just like her, Laura San Giacomo and Janie Beggs also starred on the show.

The beautiful actress, Cheron, made her debut appearance in the action-adventure movie Fast & Furious in 2009. While there, she worked under the direction of Justin Lin alongside Paul Walker, Vin Diesel, and Michelle Rodriguez, among others.

Alexandra's next film, Coco (2009), was also a success to claim good ranking in the box office, receiving mixed reviews from the critics. The movie grossed $25.2 Million with a production budget of $14.2 Million.