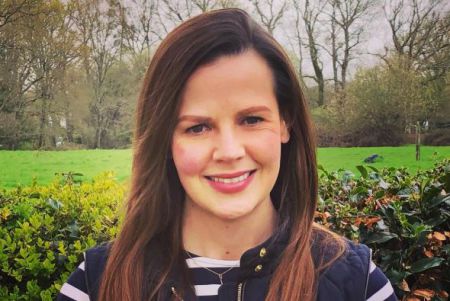 Today we are going to talk about Alexis Green, an English senior broadcast journalist and news presenter. She is known for her work as a weather presenter on the regional news program BBC South Today. She was previously the face of GMTV/ITV London Travel and she can also be heard reading the Travel News on BBC Radio 5 Live & Talk Sport. She has a similar career trajectory as another female meteorologist, Bee Tucker.

Apart from her professional journalism career, Green loves to take part in marathons. On August 1, 2019, she lined up as one of Goodwood Magnolia Cup riders to raise funds for the well being of Women. This is her fifth time riding the Magnolia Cup. So, who is Alexis Green and what is her relationship status? Let's know in full detail.

Talking about Alexis Green's personal life, the information about her wedding is unavailable. However, she is the mother of an adorable daughter. So, who is the father of her child?

Is Alexis Green married or not?

Going through Green's Instagram it seems that she is relishing her personal life with a handsome man name Johnnie Foster. The couple seems to be longtime partners. However, it is exactly not known whether they are married or not? There is not a single hint of information about their marriage nor their engagement.

Despite the lack of information and the private mannerism of Alexis, we can say that the pair are definitely enjoying their solidarity. Also, they welcomed their first child a daughter named Imogen Foster on September 15, 2018. On August 16, 2019, Green shared an adorable picture of her partner and daughter with a caption that wrote: The two trouble makers in my life.

The BBC South News presenter, Alexis Green has been active in the journalism industry for quite a long time. Hence, she has amassed a handful of money from her career. So, what is her exact net worth? Well as per sources, Green has a decent net worth of over $1 million. For your information, British journalist, Lara Lewington also earns in a similar manner.

Green who has a Sports science degree and who worked as a personal trainer must have amassed a hefty sum of capital in her bank account. Hence, we can say that she has a luxurious lifestyle.

How much do Alexis Green earn?

Now talking about Alexis Green's salary, she earns an annual salary of over $60,000 as the BBC weather presenter and journalist.

Also, the average salary for a weather presenter varies according to their experience and their association with the station. So, having worked for a long time as a journalist, Green has landed a desirable amount of income from her profession.

Alexis Green was born in Winchester, UK and lived in Twyford in Hampshire for the first four years of her life. Her exact birth details are unknown hence Alexis' precise age is a topic of gossip. However, she might be in her mid-thirties.

Her family then moved to a farm in Fordingbridge. When she was 16, she moved to the coast where she spent her late teenage years. Talking about her education, Green completed her A-levels. Afterward, she graduated with a Bachelor's degree in Sports Science from Cardiff Metropolitan University.

She has been a competitive person competing at the National level in many sports and International juniors in running. Additionally. she has been horse riding since the age of five and still takes part in several charity races.

At the age of 23, Green joined CBBC as a runner as well as a researcher. She then worked as a floor manager for Five News and Channel 4 News occasionally filling as the weather presenter as well.

The BBC Senior Weather Presenter is frequently active in her social media account. She mostly uses her Instagram and Twitter where she has followed thousands of people.

Scrolling down her day to day life it seems like she loves hanging out with her friends and family in her vacations. Mostly she uploads her cute daughter's photo in her account. Recently on January 18 she celebrated her birthday with her family.

Stay on marriedceleb to know more about celebrities.