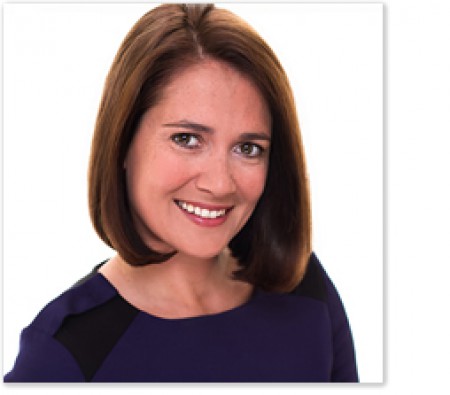 During her time at the BBC, Alina Jenkins made an excellent name for herself. She has extensive experience in the field of radio and T.V. broadcasting. Moreover, she has earned numerous awards in the long span of her career.

The British meteorologist, Jenkins is a married woman. For her, family always comes first. She even left her job because of family commitments. Not just a wife, Jenkins is also raising her child together with her husband.

Who is her Husband? Know her Married life

Jenkins is a beautiful young woman. She is married to her longtime love David. Although she has not disclosed her love story, we got to know that she and her hubby dated for a very long time.

The couple is also keeping silence on how the love birds met. But as per sources, their love happened most unexpectedly. From their beautiful relationship, the duo welcomed one son.

Blessed with one Son

From their blissful marriage, the husband and wife have a son named Max. She has kept her son away from the glam world. Besides, she is a very supportive mom and helps her son in sporting fixtures.

Jenkins admits that she gets nervous when her son plays against pro players. She shares her story and loves spending time with the family.

The consorts, along with the son, enjoy exploring the New Forest and Lepe Country Park. They love walking in the quiet Forest path. Similarly, she enjoys reading books in her leisure time. She loves her life, her work, and has a bright and cheerful morning every day.

Alina was born in 1974 in Hampshire, Eastleigh, and grew up in Horton Heath, near Fair Oak. For her education, she went to Fair Oak School. Later, she attended Laine Theatre Arts in Epsom and studied acting, dance, and theatre. She studied along with Victoria Beckham in her early college days.

Alina got her first job as a dancer on a cruise ship. Then, she sailed with the MV Marco Polo for seven months. Her career took her to some of the most exotic places. Likewise, she was tired of queuing for the dance audition, where many candidates lined up.

Jenkins started working for the television house after she presented her demo tape to BBC. She landed her job with the broadcasting company after her demo was selected. Further, after a gruesome six months of training with the Met Office, she got an opportunity to present the screening the forecast of BBC South Today.

In consideration of her prominence, she presents the new breakfast show for the Dorset on BBC Radio Solent. She is the third woman across 41 BBC regional stations to have their breakfast series. She has also worked along with Meteorologist Carol Kirkwood, one of the Breakfast news hosts.

What is her Net Worth?

From her journalism career, She has earned a good wealth. She has amassed a good net worth as a veteran journalist. Her primary source of income comes from her weather forecasting profession.

Her remuneration can be ranged to BBC journalist Wendy Hurrell who is also garnering a similar amount of assets from the media industry.

Jenkins earns a sumptuous annual salary of more than $60,000. Also, from her endorsement deals, she receives a good amount of cash. At present, she lives a wealthy and affluent life relishing the gathered bank balance along with her family.

Earning from Social Media as well

In her social media, the British Journalist is pretty active. She has a more than 4,000 fan base on her Twitter page. But she kept the privacy of her Instagram page.

Alina has a tall height, and her body weight is well balanced. She possesses a slim figure. Similarly, her hair color is black, and her eye color is brown.

She is more conscious about fitness and has well maintained her body physics.

For further details on Journalists, stay updated with Married Celeb!!!