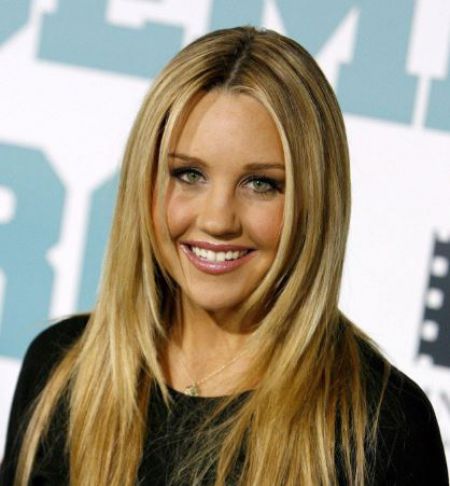 Who is Amanda Bynes?

If not handled properly constant attention and fame can also become dangerous. There are many people who struggle to become popular and once they reach that position a big fall awaits their fate. People who take their fame as granted had to fall down even if they were once global phenomenon. Today, we are going to talk about Amanda Bynes who had a lavish lifestyle and attention full life.

Amanda Laura Bynes was born on April 3, 1986, in Thousand Oaks, California, U.S. She was born to parents Lynn Bynes (mother), a dental assistant, and Rick Bynes (father), a dentist. Her father is Catholic, while her mother belongs to Jewish ethnicity. As of 2019, Amanda's age is 33 years and her birth sign is Aries.

She rose to prominence as a child star in the late 1990s and early 2000s on Nickelodeon sketch comedy series, 'All That' and its spinoff, 'The Amanda Show.' Amanda Bynes is a retired American actress, comedian, and fashion designer.

Further, the 33-year-old, Bynes began to establish her fanbase with her debut film role in 'Big Fat Liar' (2002) opposite Frankie Muniz. She appeared on the cover of Vanity Fair's July 2003 edition and was named one of Teen People's "25 Hottest Stars Under 25" in 2006.

In 2009, Bynes received wide praise for starring in the 2010 comedy film, Easy A, a critical and commercial success. Amanda tried her luck in fashion industry and created her own fashion line called Dear, consisting of apparel and accessories.

In 2013, Bynes enrolled at the Fashion Institute of Design & Merchandising and has officially graduated. Likewise, in 2018, she received her Associate's of Art degree in Merchandise Product Development.

Now, let's talk about Bynes' past relationship. What are the names of Amanda Bynes' ex-boyfriends? Who has Amanda Bynes linked up with?

To begin with let's discuss Aaron Carter. He said that Amanda was his first girlfriend. Amanda Bynes reportedly linked up with Drake Bell from 1999-2001. Likewise, Amanda and Taran Killam dated from 2001-2002.

Afterward in 2002, Amanda was rumored to be dating her co-star, Frankie Muniz. She dated Nick Zano from 2003-2004, Amanda Bynes was romantically linked to Chris Carmack in 2005, Amanda Bynes dated Doug Reinhardt from a few months between 2008 - 2009.

In 2009, Amanda Bynes was spotted getting close to Liam Hemsworth in a club, In 2010, Amanda Bynes over-shared about her relationship with Kid Cudi on social media and it got her dumped.

The beautiful actress, Amanda Bynes has a number of confrontation with law. In 2012, Bynes was charged with driving under the influence in West Hollywood. The charge was dropped two years later and she received a three-year probation.

In 2013, she was found smoking marijuana and was charged with reckless endangerment and marijuana possession. In October 2014, Bynes accused her father of emotional and sexual abuse in a series of tweets. When her parents protested their innocence, Bynes tweeted that her father had never abused her. In August 2018, paperwork was filed to continue said conservatorship until August 2020.

Further, in 2018, Bynes stated she had been sober for four years with the help of her parents. She also apologized for what she said on Twitter during her years of substance abuse.

The former award winning actress, Amanda Bynes has a net worth of $4 million as of 2019. Although she retired from acting, Miss Bynes used to earn around $2.5 million per year during her peek career. Some of aspiring actress who has a decent net worth are Katie Wee, Alex Sykes, Ysa Penarejo, Jessica Knappett, etc among others.

Almost all of the movies in which she appeared has collected an impressive revenue at the Box-Office. Here, take a look:

She made her fortune through various acting roles on television and films. However, due to her run-ins with the law and behavioral problems, Amanda had blown through $1.2 million of her savings in less than a year. Also, she was homeless without a consistent source of income.

Over the few years, Amanda has been sober and is pursuing her interest in fashion. In 2018, she received her Associate's Degree and is planning to complete Bachelor's Degree.