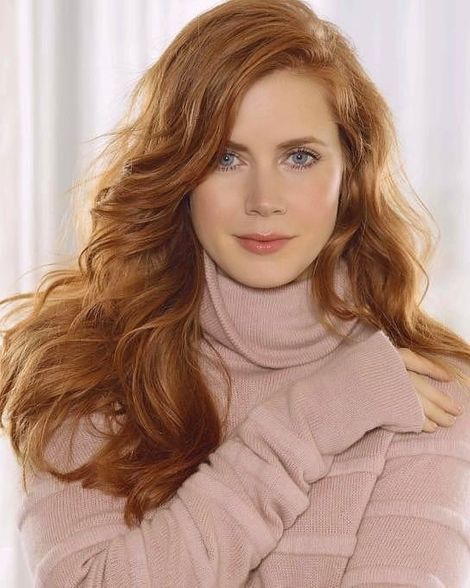 Who is Amy Adams?

Only very few couples have been last long in the Hollywood, among them, Amy Adams and Darren Le Gallo are one who stands out on each other ups and downs since they met. They depicts their peaceful marital bond like Tom Hanks and Rita Wilson.

They are not only the couple goals but also amazing and talented Hollywood actors. The couple has been together for two decades but there is still no rumor of their separation and an extramarital affair. If you want to know more about this sweet couple, then this article is perfect for you.

Amy Adams is an American actress who is Known for both her comedic and dramatic performances. Likewise, she is popular for her role as reporter Lois Lane in the 2013 superhero film Man of Steel. Likewise,in 2016, she reprises the role of Lois in Batman v Superman: Dawn of Justice. Her notable films such as American Hustle, Junebug, Doubt, The Fighter, and The Master.

Adams has been nominated for five Academy Awards, six British Academy Film Awards and two Golden Globe Awards. In addition, she been nominated seven more times: Best Actress in a Comedy or Musical for Enchanted in 2007.

Amy Adams was born on 20th August 1974 as Amy Lou Adams. Further, she is the daughter of American parents Richard and Kathryn Adams and raised as the middle of seven children along with her siblings in Vicenza, Veneto, Italy. Her father was stationed with the U.S. Army at the military complex of Caserma Ederle in Vicenza, Italy. Whereas her mother became a semi-professional bodybuilder after the divorce.

Adams holds American citizenship and is English, Irish, Scottish, and Welsh ethnicity. She attended Douglas County High School.In the meantime, she worked as a greeter at a Gap store. She took her first full-time job at Hooters as a waitress while performing in Community Theater.

After being togerher for 14 years, Adam finally walked down the wedding aisle with her husband Darren Le Gallo in 2015, an intimate ceremony in Santa Barbara, California. Though the wedding nuptials were a top-secret, the publication reported that Amy Adam wore a Marchesa gown in the wedding day.

As a matter of fact, Adams and Gallo had a classic spring wedding as they always wanted to get married "in spring or fall". But they had to keep pushing their marraige plans back because of Amy's jam-packed job schedule."Amy told in 2013:

"I want something very family-oriented and laid-back,

"I had another boyfriend, and Darren was dating some girl," "I did scenes with him, and I liked him and thought he was really sweet." But she didn't see him as boyfriend material just yet. "He wouldn’t be assertive enough," she continued. "I was really focused on the classes—he was a little scared of me."

Le recently posted on 9th November 2018 via Instagram of himself with Amy during the very first week they started dating:

Adams and Gallo didn't start dating until they acted together in Pennies, a short film.

"I got to know him outside of class, "And I just found him to be such a genuine, caring person."
Amy Adams's  Engagement

Le reportedly popped the question around April, after dating for six years. Of course, Amy said yes, but didn't announce the news until late July and kept mum on the proposal's details (sigh). She did clear up one thing in her VF interview at the time though:

"No, I’m not pregnant. I can confirm. I’ve been engaged for four months. I think we’d know!"

They got engaged in 2008. And she gave birth to her first child, a daughter  Aviana Olea Le Gallo in the year 2010.

"the best gift" and referring to her and Amy as "my two angels." (Um, could he BE any cuter?!)

Now, the trio family doing great and also living a healthy and happy life together. Well, there is no sign of conflict divorce as well. As they are one of the happy couples in the media industry.

How Much Is Amy Adams Net Worth? Salary

As of 2019, Amy Adam's net worth is reported to be around $60 million. Through several upcoming film projects, she will continue to construct her wealth. In 2019, she is set to appear in the movies The Woman in the Window and The True American.

As per some sources, Adams earns roughly between $300,000 per episode for her role on HBO’s new series Sharp Objects. However, she initially pursued a career as a ballerina and trained at a local dance company as an apprentice in the 1990s. So, she might be added some extra amount of fortune from her early career.

Moreover, Forbes listed her as one of the world’s highest-paid actresses in 2017. That same year, she made roughly $13.5 million. Besides acting, she also earns wealth as a singer. In 20122, Amy appeared in the version of The Muppets movie and recorded seven songs for the soundtrack.

The American actress has a beautiful house that worth $3 million in Beverly Hill California.

Well, her most movies have done well at the box office. Her highest-grossing movies are Batman Vs. Superman: Dawn of Justice, Justice League, Night at the Museum: Battle at the Smithsonian and Man of Steel.

What is Amy Adams Height & Weight?

Adams has Blue eye color and strawberry blonde hair color. Her dress size is 6(US) whereas her shoe size is 6(US).