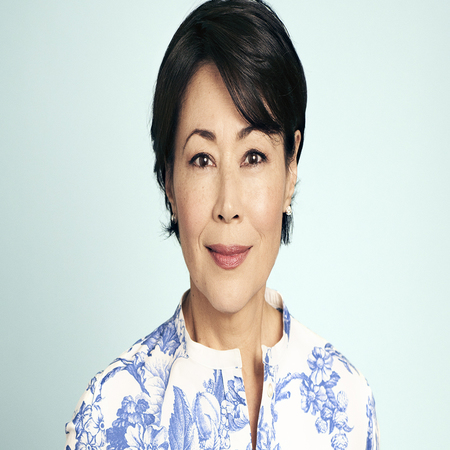 Ann Curry is an American journalist and photojournalist. The five times Emmy Award winner, Ann is working as a reporter for more than 30 years old. She mainly focused on human suffering in war zones and natural disasters. Moreover, Ann is popular as a reporter from wars in Kosovo, Iraq, Syria, Lebanon, Israel, Afghanistan, Darfur, Congo, and the Central Africa Republic. Apart, she has also worked for coverage of numerous disasters. Some of them are the tsunamis in Southeast Asia and the 2010 earthquake in Haiti. As of 2020, Curry is currently working as a host on TNT/TBS's "Chasing the Cure".

The former Today Show co-host at NBC News, Ann Curry was born on November 19, 1956, in Agana, Guam, USA. Her father's name is Robert Paul "Bob" Curry and her mother's name is Hiroe Nagase. Ann's father was navy sailor worked as a streetcar conductor during the United States occupation of Japan following the Second World War where he met his future wife. However, she grew up with her four younger siblings both in Japan and the United States. She attended the Ernest J.King School on the United States Fleet Activities Sasebo naval base in Sasebo, Nagaski. Further, Ann completed her high school from Ashland High School in Ashland, Oregon. After this, she joined the University of Oregon and completed her bachelor's degree of arts in journalism in 1978. Similarly, she holds an American nationality and belongs to mixed ethnicity.

Current TNT/TBS's "Chasing the Cure" host, Ann is living a blissful married life with her husband. She is married to Brian Wilson Ross. Brian is a software executive by his profession. The couple tied the knot on October 21, 1989, in a private ceremony in the presence of family and closed friends.

It has been over three decades, the couple is living as a husband and wife. Moreover, the couple seems so deep in love and also shares a strong bond between them. So, there is no news of their divorce and separation yet.

On the other hand, the couple is blessed with two children from their long marital. They are a son, Walker Ross, and a daughter, McKenzie Ross. Apart, her children are grown up and busy in their respective lifestyles. As of now, Ann is enjoying her happy and proud motherhood life with her husband, Brian.

Ann, 63, has collected an impressive amount of net worth from her career as an  American journalist and photojournalist for over 30 years. Furthermore, her estimated net worth is $10 million as of 2020 which is similar to Peter Morgan and Bill Griffeth. She earned around $1-$2 million in salaries per year.

Apart, Curry, 168 cm tall, is working as a host on TNT/TBS's "Chasing the Cure" for which she might get pay off a huge salary. Besides, she worked as an NBC News reporter and co-anchor for Today Show for 25 years before leaving the News channel in 2015.

Besides, she also worked at PBS as a co-host for a new documentary television series We'll Meet Again with Ann Curry. She also appeared as a guest co-host on the show The View on January 23, 2018, where she addressed the controversies surrounding her departure from Today Show.

Ann is a pretty popular social media personality. Further, she has around 54.4K followers on Instagram@anncurry. Apart, her Twitter account @annycurry with 1.4 million followers. Besides, she is also present on Facebook.