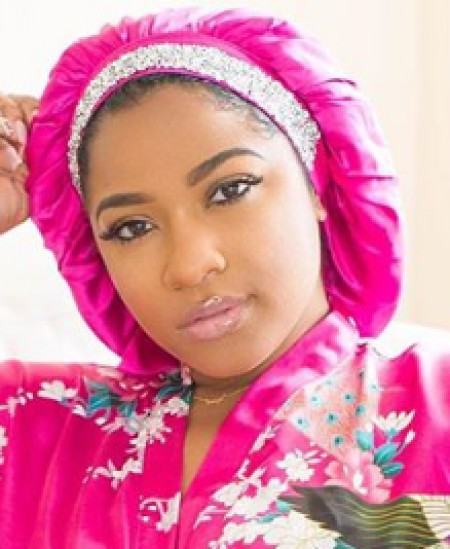 Antonia Wright is an American businesswoman, author, and rapper. She is widely popular as a former wife of famous Rapper Lil Wayne. As an author, she wrote many books such as Priceless Inspirations, In My Own Words..My Real Reality, You Just Don't Get It with her daughter, Reginae Carter and How To Lose A Husband.

Antonia "Toya" Wright was born on October 26, 1983, in New Orleans, Louisiana. She is currently 35 years of age. She belongs to African-American ethnicity and holds an American nationality. Further, her star sign is Scorpio.

Tonya started her self made reality show in 2011 named as Toya: A Family Affair. The series is one of the most followed T.V.series in America which consist of 16 episodes.

Following the success, she went for her another show My Super Sweet 16, where she portrayed herself as a lead artist. Further, she came out with the show "Marriage Boot Camp: Reality Stars" which featured some of the well-known celebrities.

At present, she is involved with her show Friends and Family Hustle. Additionally, she also owns a boutique called G.A.R.B in New Orleans, Louisiana and a GARB Shoetique in Smyrna, Georgia.

Antonia was born to father Walter Johnson and mother Anita Johnson Andrews in the U.S. She spends her childhood under the guidance of her parents. Still, she is very much close to her family and relatives.

Looking at her love affairs, she first met the love of her life at the tender age of 12. Wright saw Wayne while he was standing outside a corner store in New Orleans. She and her boyfriend Lil Wayne dated since they were in teenage.

Eventually, Wright got pregnant at the age of 14. At that moment, Wayne was a burgeoning rapper for the Cash Money Record.

When Wright was 15 and Wayne 16, gave birth to daughter Reginae Carter on November 29, 1998. The lovebirds hitched the knot on February 14, 2004, a year after Wayne achieving global recognition in the music industry.

Unfortunately, their marriage relationship came to an end on January 2006. The poor couple parted away due to their difference in lifestyle. Wayne's rising career kept him away from home for a long time. Despite the separation, the ex-husband and wife continue as a good friend, raising their daughter together.

In the meantime, Antonia dated Mickey Wright, aka Memphitz for a short while and got married to him, however, the duo also separated a few years later.

As of now, she and her boyfriend, Robert are the proud parents to the baby daughter. Currently, they are together and living a happy life.

Antonia has an estimated net worth of over $4 million gathered solely from her work. As a businesswoman, she earns a good remuneration from her enterprise. Additionally, she also received a huge amount as a divorce settlement from her former husband Lil Wayne whose overall asset is around $120 million.

On the other hand, Antonia's current partner Robert is also millionaire businessman, As of 2019, his total wealth is predicted to be over $7 million. Also, he earns good money from his outfit business. The couple lives a rich and luxurious lifestyle.

Wright is active in social media. She has followers of over 6.7 million on her Instagram page. Similarly, her twitter handle has over 1.49 million fan base.

Antonia has a seductive body figure. She posses a sumptuous weight and has an average height. Her eyes are brown in color and her hair is carbon black..