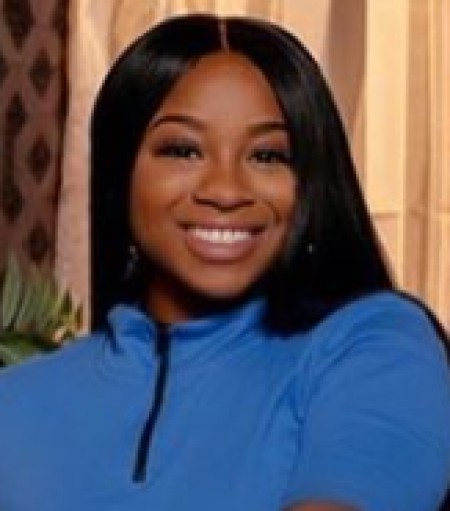 Who is Reginae Carter?

Reginae Carter is an American rapper and Instagram model. She is widely famous as the daughter of the prominent rapper Lil Wayne.

Reginae Carter was born on November 29, 1998, to father Lil Wayne and mother Antonio "Toya" Carter.  As of 2019, she is 21 years of age. She was born in Louisiana. She is of African-American ethnicity and her nationality is American. Further, her birth sign is Sagittarius. Apart from that, she has four siblings Cameron Carter, Reign Ryan, Dwayne Carter III, and Neal Carter.

Carter started her career in 2009 with a video documentary The Carter. She started singing and rapping at the age of ten. She was associated with the R&B girls' band OMG Girlz.

Cater further signed her father's enterprise, Young Entertainment and released her first music video "Mind Goin Crazy" when she was only 14. She also started her reality show Tiny and Toya.

Carter grew up under the limelight. She was much focused from a tender age as she was the first child to the rapper Lil Wayne. However, she had to pass through a very challenging time when her parents separated, leaving her in her mother's hand.

Moreover, being the eldest among all sibling, she has to care for her brothers and sisters. She shares a sweet relationship with her family.

Carter has dated some of the finest celebrities. Apart from that, she is in a relationship with 27 years old rapper YFN Lucci. The boyfriend-girlfriend confirmed the rumor by attending the Insta Gala Adult Prom together.

Previously, Carter was in a relationship with Joshua Brown, she dated with him for a long time. However, the relationship couldn't proceed further and the couple separated.

Reginae has a bulky body figure. Her body has aided her with a good number of followers. She possess a light brown skin. Her hair color is black and her eyes are brown in color. Further, Regina has a healthy body weight.

How Much Is Reginae Carter's Net Worth?

Reginae has earned a good income from her singing career. She also earns a good salary through her modeling. In addition, Carter is involved with many of the brands and endorsements and frequently advertises many outfits through social media.

Besides, she has garners an asset of over $2 million. She also earns a hefty amount through her brand which sells shirts, sweatshirt, hoodies, makeup kits, swimsuits, phone cases and many more.

On the other hand, her father, Lil Wayne has amassed massive amount of $120 million to his bank account all through his career in the music industry.

Being grown up in the limelight, Reginae is not new to social media. She has a wide fan base of over 4.3 million on her Instagram profile. Her twitter handle has over 858k followers. She has also garnered a good amount of views on YouTube.