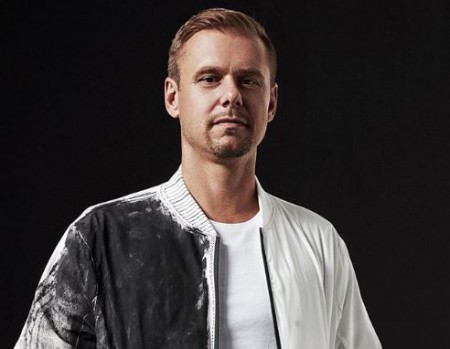 The multiple award-winning artist, Armin van Buuren, also known by the nickname "The Trance King," is a Dutch DJ, record producer, and remixer originally from South Holland. Since 2001, Buuren has hosted 'A State of Trance,' a weekly radio show which is broadcast in 84 countries on over 100 Fm radio stations.

According to Djs and Festivals, his radio show helped him gain global stardom and developed an interest in trance music on people around the world. DJ Mag ranked Buuren the number one DJ for a record of five times. Apart from having a profitable professional career, Armin has a blissful married life with his longtime spouse.

The 42-year-old, DJ, has perfectly tuned his life with a longtime spouse, Erika van Thiel. She is a celebrity wife, just like Nicole Tuck. The couple exchanged their wedding vows on September 18, 2009, in Australia. Buuren and Erika have crossed over nine years of marital solidarity as of 2019. They are still together without having any controversies and rumors of separation.

As per sources, Erika received the surprise from Armin in Sydney. He was performing at the Royal Opera House, and one night Erika came to meet him. Armin had managed to put a huge banner on a boat that stated: "Erika Will You Marry Me?". Of course, she said yes without hesitating because she had already liked him.

YouTube: Take a look at some of the exciting moments of Armin with his wife!

Armin first met Erika in 1999 at a party, and instantly, the couple developed a sweet rapport. As per sources, Armin and Erika began dating around 2001, and after eight years of the romantic affair, they finally tied their wedding knot.

Armin is very busy when it comes to his professional life because he constantly goes to tours and music festivals such as Tomorrowland. Hence, Buuren and wife, Erika, still have a date night at least once a week to protect the spark in their married life.

The globally recognized DJ, Mr. Armin van Buuren is a father of two children. In July 2011, his wife gave birth to their first child, a daughter named Fenna. Similarly, their second kid, a son named Remy, was born on July 27, 2013.

YouTube: Armin announced the birth of his second child at the 2013 Tomorrowland!

Just before headlining the main stage at the 2013 music festival, Tomorrowland, Armin announced the birth of Remy. Erika once said that after having two kids, Armin has become even more productive in terms of his music.

The friend of the Dutch Royal family, Armin van Buuren, enjoys a staggering net worth of $55 million, similar to another popular music producer, DJ Khaled. Armin began his DJ career, while he was studying law at Leiden University. He used to work as a DJ in Club Nexus, playing multiple sets a week.

Buuren is among the highest-paid DJs in the world. Over the past few years, his earnings have been constant, ranging from $15-$20 million, but still, the amount is impressive. In 2019, Armin earned around $15 million from his world-class EDM act. He has collaborated with singers such as Emma Hewitt and many more.

In a report published by Forbes, The Chainsmokers are the highest earner DJ duo with an earning of $46 million.

The above article is about the former #1 DJ, Armin van Buuren. To know about your favorite star, follow marriedceleb.