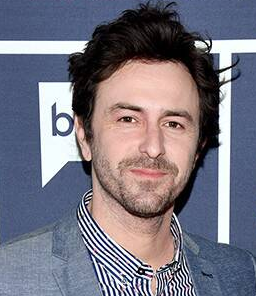 Beau Clark is an Italian actor and personality on reality television who has been active in the entertainment industry for a decade. However, he got popularity from the Bravo reality TV series Vanderpump Rules for being in a relationship with his girlfriend, Stassi Schroeder. At first, he was a guest cast member for season 7 but in season 8 he joined the main cast.

He was born in Italy on March 18, 1980. He holds dual American, Italian citizenship and belongs to the white ethnicity. Likewise, his parents were divorced when he was around 4-5. He is blessed with one sister named Georgia Bardetti.

Yes, Beau, 39, and Stassi, 31, are one step closer to their big day. The attractive couple engaged in July 2019,  at the Hollywood Forever Cemetery in Los Angeles after nearly two years of love romance.

The newly engaged lovebirds announced their big day news by posting the photos on their respective Instagram. Beau posted the kissing picture of them with the caption "Sloppy Kisses 4 Life! # FromDarkToClark while Schroeder captioned with their sweet photo:" OMG. I feel like Markle's Meghan.

When Clark and Schroeder had their First Interaction?

The two first met eachother in August 2017 through Stassi's best friends Katie Maloney-Schwartz and Kristen Doute, who introduced them.

They started dating at the end of 2017, after a few talks and romantic talks. And on 14 February 2018, Schroeder made their relationship public by sharing the pictures of two on her Instagram story on Valentine's Day 's special day.

The ‎6ft. 1inch tall, Beau made his official debut as "Stassi 's boyfriend" in "Vanderpump Rules" at the beginning of the seventh season. They fought during their birthday episode but somehow they started working as a happy partnership by the end of the season. Now, the two starring in Season 8.

Any Plans for Marriage?

The pair of the Vanderpump Rules would become a married couple. They plan to tie the knot in Rome, Italy in October 2020, as they have recently revealed. The two appeared in the 1st of April at-home edition of Watch What Happens Live With Andy Cohen.

When Andy asked them about their wedding status, the Vanderpump Rules star answered truthfully, "Who the heck knows?" Then the Straight Up with Stassi podcast host said the two expect to tie the knot in Rome this October.

Prior to that, Clark's girlfriend Stassi was previously in a relationship with Vanderpump Rules co-star Jax Taylor. The exes were together for more than one year.

Beau Clark, an Italian actor, reality TV personality, advertiser, and casting assistant, has enjoyed a net worth of $400 thousand as of 2020. Similarly, he's best known for starring Vanderpump Rules' new cast members, so he might earn $15,000 per episode.

Clark has appeared in various films, such as Dahmer, Sex and Teenage Mind, Coyote County Loser, and The Revenant. Thus he could pay off decent payroll for his appearances. However his partner, Stassi has a net worth of $2 Million as of early 2020.  In addition, she reportedly earns $25,000 per episode in Vanderpump Rules.