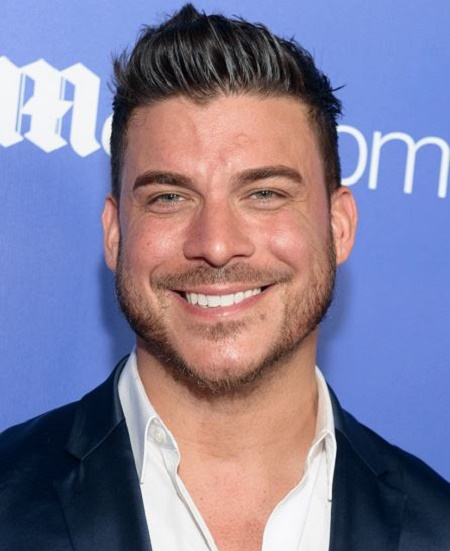 If you are a regular viewer of  American reality television series, Vanderpump Rules, that premiered on Bravo January 7, 2013? Then, the actor, Jax Taylor, is not a new name for you who currently stars as the main character. In addition to acting, he is a model who worked in Europe and Miami with four other male models, including Channing Tatum,40.

The 1.83  m tall Taylor finally tied his wedding knot with fellow Vanderpump star Brittany Cartwright on June 29, 2019. The fairy-tale themed ceremony was held in the bride's home, Kentucky Castle. And the couple said "I do" infornt of 240 guests, including Bravo-liberties such as Shep Rose and LaurenWirkus, Stephen McGee, alumni from Summer House.

The groom, 40, wore Jack Victor's blue tuxes. While the beautiful 31-year-old bride dressed in Netta BenShabu gown that turned into three different looks during the night. Cartwright wore a 19-carat emerald-cut aquamarine ring worth a whopping $25,000, and also a 3.14-caratcushion cut ring with the worth of $70,000.

Thye exchanged about $10,000 worth of the wedding bands by Kyle Chan, and their singer was Lance Bass. For their big day, there were 12 bridesmaids including castmates Scheana Shay, Ariana Madix, Stassi Schroeder, Kristen Doute, and Lala Kent. And they all wore matching blue dressed by Watters.

Not only bridesmaids but there were 13 groomsmen including Tom Sandoval and Tom Schwartz dressed by Jack, the same designer of Jax's wedding dress. They even received Givenchy sunglasses by Trendsavvy. While bridesmaids got robes, slippers, sleep masks, and more from the Victoria’s Secret Bridal Collection.

For the reception, the newlyweds' guests moved to the greenhouse which was decorated with gold chandeliers and bright sunflowers. Before marriage, Taylor and Brittany were engaged on June 7, 2018, after three years of dating.

Past Love Affair of Jax

The reality television personality has been a relationship with several television stars. Taylor had reportedly broken things off with his ex, Laura-Leigh, 29, at the end of season 1. She is an actress who has played several major Television shows and films, including The Client List,  Under the Silver Lake, We're the Millers.

Taylor and his costar from Vanderpump Rules, Stass started dating in 2014. They were together for two years until Max admitted to cheating on her in Las Vegas with a woman, and admits to having sex with fellow castmate Kristen.

However, even after the spilt, the two still remain friends, even Stassi served as a bridesmaid at the wedding for Taylor and Brittany.

What is Jax Taylor's net worth?

Jax Taylor enjoys the extremely surprising net worth of $2 Million as of early May 2020. He has accumulated this fortune throughout his works as a actor, model, and waiter. Further, he receives $25,000 per episode of Vanderpump Rules. Similarly, he makes extra money from his paid sponsored posts on social media.

Moreover, Tayor has worked for brands such as Taco Bell, Trump Magazine, GQ Magazine, Abercrombie & Fitch, JC Penny and so many more. He 'd also signed in New York City with Ford Models. Besides this, he and his wife, Brittany  purchased a home in the Los Angeles suburbs in July 2019 for $1.9 million.