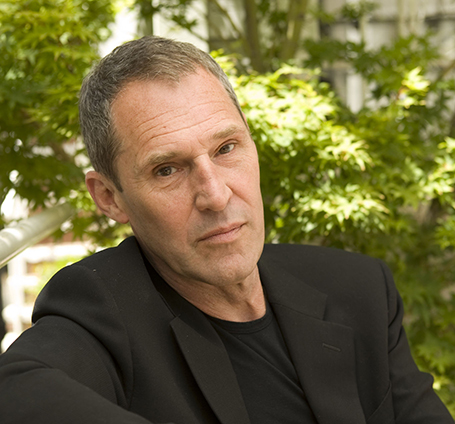 Ben Cross became a major hit actor after his role as British Olympic athlete Harold Abrahams in the 1981 film Chariots of Fire. Besides film acting, he also writes and directs movies.

Ben was born on December 16, 1947, in London to Harry Bernard Cross (nurse) and his wife who worked as a cleaning woman. After graduating from Bishop Thomas Grant Comprehensive School in Streatham, he went on to pursue his further education at the Royal Academy of Dramatic Art.

Ben met his first wife Penelope A Butler (Penny) while his career was just growing. The pair got married in a Christian ceremony in February 1972. Six years later in 1978, Penny gave birth to their first child a baby boy named Lauren Cross. Lauren is a film director and is best known for the 2010 documentary-The Skin Quilt Project.

When Lauren was two years old, Ben and Penny welcomed their second child Theo Cross on October 23, 1980, in London. Ben and Penny moved a lot of deal when the two kids were younger. So, Lauren and Theo were raised in Spain, Vienna, and America. Lauren is an actor who has appeared in The Escape Artist (2013), William and Kate (2012) and St Trinians (2007).

After nearly fifteen years of marriage, Ben and Penny could no longer live together. Therefore, they ended their decade long conjugal in 1992. American actor Tom Hanks and his wife, Rita Wilson are also blessed with two kids.

His Second Marriage Too Ended in Divorce

After his divorce with Penny, Ben went on to exchange wedding vows for the second time with Michele Moerth on April 27, 1996. While marrying Michele, Ben was already a celebrated actor and producer. The couple does not share any biological kids.

Known for playing sinister villainous roles in films, Ben's marital life also turned to be a horrific one. He was already disappointed by his first marriage and this was not so different. Eventually, Ben and Michele divorced in 2005.

On August 18, 2018, Ben was rumored to have tied the marital knot for the third time with a Bulgarian woman named Deyana. This particular ceremony took place at the Bulgarian folklore festival in Zheravna, Bulgaria. Both Ben and Deyana wore Bulgarian folk wedding dresses and vowed in front of thousands of spectators.

Until now, Ben hasn't talked about her third wife Deyana with the public and media. But they are the beloved grandparents of Ben's grandkids.

What is Ben's Net Worth?

At the age of seventy-two, Ben might have amassed the net worth of more than $20 million. He was one of the highest-paid actors of his time. He was chosen for the leading role in the multiple Oscar-winning historical film Chariots of Fire. Besides, he has appeared in Star Trek as Sarek. The movie with a production budget of just $5.5 million had collected over $59 million in the box office.

Ben might be old enough but he still gets signed for many films. For most of his life, Ben has traveled places and has lived in Los Angeles, New York City, Spain, and Vienna. Currently, he lives and works in Sofia, Bulgaria.