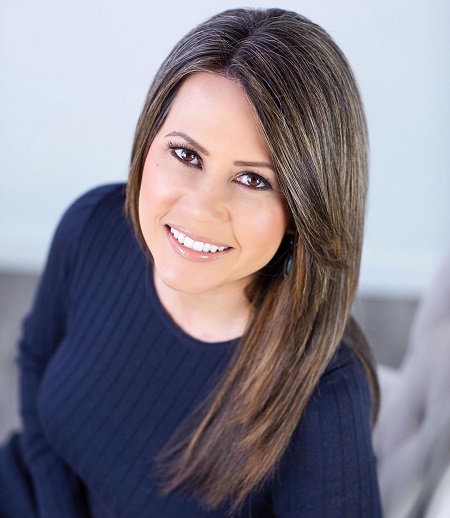 Betty Nguyen is a Vietnamese-American news anchor who currently serves for PIX11 Morning News at WPIX-TV as a news co-anchor since June 2017. Throughout her career, she has worked for many popular TV channels and publications including NBC News, MSNBC, CBS News, and CNN. Besides, she is a board member and co-founder of Help the Hungry.

Born on 1 September 1974 in Saigon, Vietnam, she is of Vietnamese and Scottish American descent. But she was raised in Fort Worth, Texas because her family left Vietnam for the United States during the Fall of Saigon in April 1975. For her education, she received her Bachelor’s degree from the University of Texas at Austin in Broadcast journalism.

Betty Nguyen is Married and Mother of Two

Yes, Nguyen, 45, is a proud mother of two little boys named Thomas, born on December 15, 2015, and Christopher, born on July 10, 2018. So there might be a man behind the camera who took a major role in having babies. But she's never mentioned her kid's father's real identity to the public or any media until now.

But according to her Instagram post, Nguyen, the 5ft 5 inches tall, seems to be a happily married woman. She once posted the black and white picture with her man and an older baby boy Thomas on Valentine's special day in 2018. She even wrote a sweet caption, which reads "My happiest place is surrounded by these two... and a half.🤰🏻Happy Valentine’s Day! 💖".

Thus, the former CNN reporter living a happy marital relationship in a low key or under the wraps. So far, for all beautiful mothers out there, she can be an example, as she has shown the world a woman's power. For now, she mostly shares pictures with her two bundles of joys on her Instagram wall where she often mentioned that these two boys are the greatest presents she could ever imagine in her life.

What is Betty Nguyen's Net Worth?

Working in the broadcasting sector since 1996, Betty makes a good sum of profit. Well, she 's considered one of the most talented news anchors and broadcast journalist n United Staes. As of 2020, her net worth is estimated to be over $1 Million, which is similar to another TV reporter, Ashley Parker.

Similarly, Nguyen earns a respectable salary of about $85,725 a year from her latest network show, Wpix TV. She has won several prestigious awards in her reporting works, such as the Outstanding Noon Newscast, the Great Women of Texas Award, and many more. Not only in the media sector but for charities she has done a decent job. Today, she is a co-founder of Help the Hungry.

Nguyen made her debut as an anchor and reporter at KWTX-TV for the morning show at the CBS affiliate in Waco, Texas. She has served as a freelance correspondent for a short stint at 'E! Television Entertainment. She has also worked as an anchor for Dallas-based CBS affiliate KTVT-TV.

Then Betty joined CNN as the anchor for the morning edition of CNN Newsroom in 2004 and worked as an anchor for six years at CNN. In the year 2012, she started to work for CBS News. She anchored the show 'Up to the Minute' and the show 'CBS Morning News".

Also, she served as the lead anchor for the CBS shows This Morning Saturday and The Early Show. She joined both NBC and MSNBC in the year 2013.  On 19 June 2017, she became the new PIX11 Morning News co-anchor at WPIX-TV, succeeding Sukanya Krishnan, who left the station after 17 years.