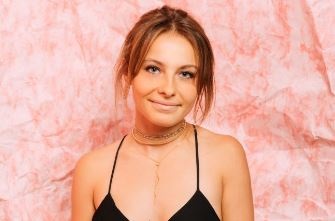 Another personality in our list today is the celebrity kid. Carlie Hoffer quickly came to limelight because of her celebrity parents. She is the daughter of a famous American talk show host and best selling author, Mika Brzezinski.

Carlie Hoffer was born in 1998 as the second child of Mika. She holds an American nationality and is currently 21 years old. Carlie is engaged with Dartmouth College and has chosen Photography as a major subject. Furthermore, she also has a sister named Emilie Hoffer.

Carlie father James Patrick Hoffer, who is popularly known as Jim Hoffer first met MSNBC anchor back in 1992 at the WTIC-TV. Both Jim, 55, and Mika, 52, started a career as a journalist.

After dating for almost a year, the pair decided to exchange wedding vows on 23rd October 1993. The beautiful ceremony was held in Block Island, Rodhe Island, at the West Sice Church rooms were filled by their family and relatives.

Carlie parents were married for 22 years

The reason for their divorce was Jim, who accused Mika of having an affair with co-host Joe Scarborough which was later confirmed with a big yes. Carlie and her sister are currently living with her mom and stepdad while her father Jim is still supporting her in every possible manner to raise and achieve her dream.

Mika is now married to her co-star Joe. The Morning Joe anchor tied the knot on November of 2018 in Georgetown. The magnificent matrimonial ceremony was held in front of the Constitution, the Declaration of Independence, and the Bill of the Rights, which was officiated by Rep. Elijah Cummings.

The grand ceremony made the history because no wedding was conducted at that location before, which made the first pair to held their nuptials at the location. The ceremony was foreseen by their family, alongside with six children of the couple from previous marriages.

At the time of their marriage, the groom wore a black suit alongside a white shirt and black tie while the bride was stunned with the white midi-length dress, which featured a sheer polka-dot lace.

Joe was previously married to American philanthropist Susan Waren, for 12 years from which they share two children Jack Scarborough and Katherine Clark Scarborough, which makes Carlie their half-sister.

The net worth of Carlie Hoffer's mother

Carlie Mother, Mika is an American journalist who is holding an estimated net worth of $20 Million. She has accumulated all of her net worth through her 30 years long journalism career.

Being in show business for so much longer period of time, she currently collects $8 Million as her annual remuneration. Besides that, the couple is living in a 3 story Bronxville house in New York which worth is around $2.1 Million.

In addition to their wealth, her current husband has a fortune of $25 Million and also gets $8 Million as annual wage.