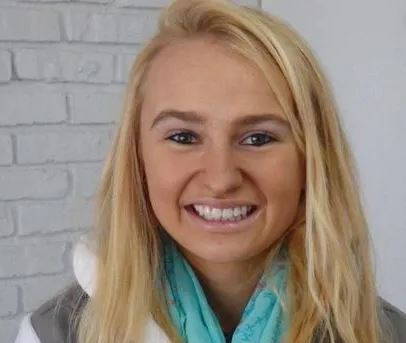 Twenty-three-years-old elder daughter of Brzezinski is one of the top listed celebrities kid in today's world. Recently, she graduated from John Hopkins University with a positive result. Let's check out some of the other details regarding her.

The beautiful Emilie, as of now, is not engaged. Though being a daughter of a famous personality, she typically enjoys a low-key lifestyle and loves far-away attraction of the cameras and media. A very little is known about her due to her nature of privacy. She even has made her Instagram account private.

It seems like the young and talented Emilie is quite busy focusing on her career rather than love life. However, we can assume she is still single and is still waiting for her future prince charming.

Emilie's parents, Mika and James Patrick Hoffer, got separated after enjoying a twenty-two-years-long marital relationship. The duo exchanged their wedding vows on 23rd October 1993, which was held in Block Island, Rodhe Island, at the West Side Church.

Well, they both encountered each other while two of them were serving at WTIC-TV. Later, they officially divorced in 2016. The reason for their separation was Jim accused Brzezinski of having an extramarital affair with her co-host.

Within two years, Emilie's mom shared the nuptial vows with her co-host, Joe Scarborough, in November of 2018 in Georgetown.

Emilie is not only the daughter of the TV host, but she also has a sister named Carlie Hoffer. The two beautiful sisters love each other's companionship and are often seen traveling various places together. They are both partners in crime, and their mother often shares their deeds in interviews.

Born in 1998, Carlie is two years younger than her. As of now, she is 21 years old and is going to graduate this year from Dartmouth College. Furthermore, it seems like the duo are both coordinating each other to achieve massive success in the future.

It is no strange that Emilie's mother is married to her co-star, who has been married thrice, including Brzezinski. Joe shares two children, Andrew Scarborough, and Joey Scarborough from her marital relationship with his first wife, Melanie Hinton.

Andrew was born in 1991 and he is currently twenty-nine-years-old. Since 2016, he is married to his long-time girlfriend Briana Keller. Furthermore, he also shares two children with his second wife, Susan Waren, Katherine Clark Scarborough, and Jack Scarborough.

Stay connected with us to know more about celebrity kid