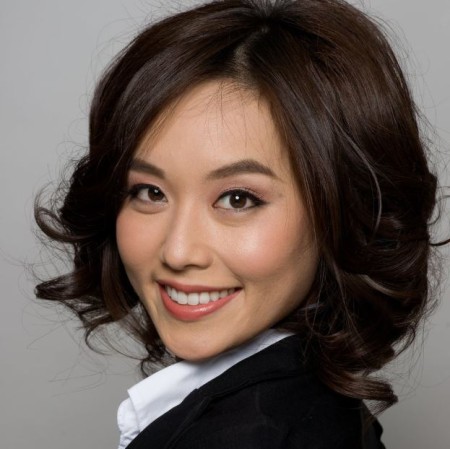 Carol E. Reiley is an American computer scientist, entrepreneur, and roboticist, well known as the CEO of a healthcare startup. She is also a pioneer in teleoperated and autonomous robot systems in applications such as surgery, space exploration, disaster rescue, and self-driving cars. As the president of Drive.ai, she raised over $77 Million.

Carol E. Reiley was born as Carol Elizabeth Reiley on 30th August 1982, Flint, Michigan, United States. After her birth, her parents moved to Vancouver, Washington, where she spent her childhood.

Reiley is the oldest child of an engineer and a flight attendant. She grew up with her younger brother, who is also an engineer. She belongs to Asian-American and raised in a Mandarin-speaking household.

Vocation as a Volunteer

Carol E. Reiley started her career as a member of VP local chapter for Society of Women Engineers. Later, she worked as the organizer and president of JHU RoboChallenge from 2004 to 2010. She also served as an international student president of ERCs for National Science Foundation (NSF).

Reiley worked as a mentor for the non-profit organization, First for two years. Further, she became an industry member of the science and technology company, Neo in 2017. Similarly, her other works are with AllRaise and USA Science & Engineering Festival.

Carol E. Reiley founded an education company, Squishybotz. Moreover, she wrote and published a children's book, Making a Splash about growth mindset in 2015, which received enormous popularity for her.

Reiley co-founded and became the president of an American technology company, Drive.ai. While there, she invested and funded the company from her various fund.

In the upcoming days, she would join as one of the eight founding creative advisory board of the San Francisco Symphony under the Finnish orchestra conductor and composer, Esa-Pekka Salonen.

Carol E. Reiley and her spouse, Andrew Ng, an American computer scientist, and statistician first met at a robotics conference in Kobe, Japan in 2009.

After dating for a couple of years, the duo announced that they're going to get engaged on IEEE Spectrum in 2013. The couple even did the robot-themed-photoshoot on their engagement.

The perfect match exchanged their wedding vows in 2014, at Foothill College Facility Rentals in Los Altos Hills, California. The marriage was performed in a very small ceremony in presence of few close friends and family as Reiley wanted to save money in order to invest in their future

Surprisingly, the couple decided to design the wedding bands on a 3-D printer to save money. The $50,000 they saved from the wedding- Rieiley invested in Drive.ai, which she leads as president.

The company profited nearly $50 Million from the fund.

In 2018, Reiley and her partner announced that they're expecting their first child as a son. Again, she posted a picture fn her Instagram stating that their baby will arrive in February 2019.

Later, Reiley gave birth to their child, Nova Athena Ng at 7:11 AM on 7th February 2019. After the birth of their new family member, there is new happiness in the face of Reiley and Andrew.

During her tenure as the president of the company, she raised $91 million in funding to create kits that retrofit standard vehicles into autonomous cars.

In addition, she is currently involved in new organization through which she is trying to release a beta product. She might make a huge earnings if the product hit the market.

As of 2019, the well-known DIY hacker has the net worth of $5 Million. Similarly, her spouse is worth $8 Million.

If You Want To Be Updated About Your Favorite Celebrity, Visit Married Celeb!!!