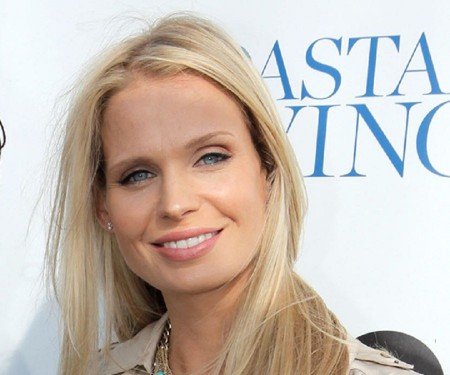 We have seen celebrity spouses getting constant attention and spotlight for their relationship. For example, Teresa Terry and Chelsea Kilgore fall under the category of celebrity wives. Similarly, the gorgeous woman, Catriona McGinn became famous after marrying the American actor, Mark-Paul Gosselaar who is known for his television roles as Zack Morris in Saved by the Bell.

Who is Catriona McGinn?

Catriona McGinn is a Canadian advertising executive based in Los Angeles. She is a graduate student of Simon Fraser University and McGill University, Canada. Likewise, McGinn has been associated with many major advertisements, broadcast, and communication companies.

McGinn was born on June 22, 1978, in Canada. As of 2019, her age is 41 years, and her birth sign is Cancer. At the beginning of her career, Catriona worked at the radio network called Jack FM in an important position.

She worked as the general manager of Nielsen Broadcast Data Systems. In 2010, McGinn joined Media Monitors, a premier local broadcast monitoring and verification service and advertising company as its sales executive.

McGinn is a lovely woman, and she is often mistaken for a model. With a towering height of 5 feet 11 inches, the advertising executive is taller than her husband.

The 41-year-old Catriona McGinn is living a blissful married life with her husband. The couple has two lovely children and is still together without being involved in any rumors.

The LA-based executive, Miss McGinn is happily married to actor Mark-Paul Gosselaar. They married on July 28, 2012, at the Sunstone winery in Santa Ynez, California. Further, the lovebirds headed to Italy for their honeymoon.

The couple dated for a year, before they exchanged their vows. Likewise, they got engaged in August 2011. Catriona and her spouse welcomed their first son Dekker Edward Gosselaar on September 30, 2013. Similarly, they welcomed their second child, a daughter, Lachlyn Hope on February 14, 2015.

Following the birth of their second child, Mark wrote on Twitter:

“So in love with our new baby girl, Lachlyn! Born last night 2/17 Mum and baby are healthy and happy. 2 boys, 2 girls, too perfect!”

Apart from maintaining a lovely relation with Mark, McGinn has a solid relationship with her stepchildren. The family often spends time together and visits exotic places for vacation.

Before McGinn, Mark was married to his former wife, Lisa Ann Russell who is an actress and model. The former couple got married in 1996 but after 14 years of marriage, the two separated in June 2010.

Back in 2009, the former Saved By the Bell star revealed in an interview, that he dated at different times, his three co-stars: Tiffani Thiessen, Lark Voorhies, and Elizabeth Berkley.

Catriona McGinn works as an advertising executive, and throughout her career, she must have earned a good sum of money. Her net worth might be more than $1 million as of 2019.

On the other hand, McGinn enjoys the fortune of her renown actor/husband. Her husband, Mark, is an actor who has an estimated net worth of $9 million. Some of his movies have collected impressive box-office records.

As per some reliable sources, the average salary for an advertising executive is around $52,000 per year. Therefore, by assumption, we can say that McGinn also earns similarly.