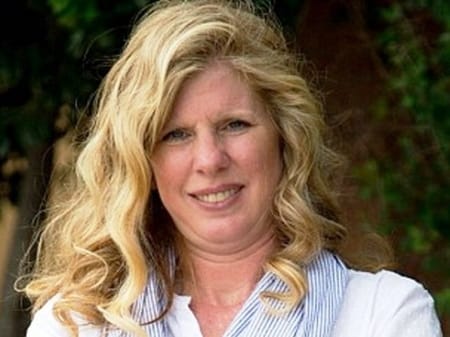 There are a few individuals who come to limelight only because of their family members. Here the article is about a similar person who rose to fame because of her husband. She is non-other than the ex-wife of a prominent American reality star and entrepreneur Todd Chrisley.

Teresa Terry was born in the United States of America as per wiki. She is American by nationality. To know more, let's dig into the article.

Teresa Terry once married her boyfriend turned husband Todd Chrisley when she was 19-years-old. They married in a private wedding ceremony. Well, the love birds began dating since their high-school days. After dating for months, they exchanged the vows.

The couple further had a very good and smooth beginning but unfortunately, their happiness didn't last long. Shorty after some years of togetherness, the couple divorced in 1996.

The specific reason behind their divorce was a mystery until she revealed the truth in an exclusive interview with a media outlet in 2016. She told that her ex-husband, Todd used to abused her stripping her naked. Also, he had threatened to kill her wielding a knife.

The former soulmates share two children, a son, and a daughter. She became pregnant with her first child at the age of 19. They welcome their first kid, Lindsie Chrisley, on 17th September 1989. She is currently married to her husband, Will Campbell, and is also a mom of a kid, Jackson Campbell.

The couple similarly shares their second child, a son Kyle Chrisley on 29th August 1991. Just like his sister, he is also married. He welcomes his child, Chloe Chrisley, with his wife, Alexus Whilby.

After the separation of Terry and Todd, she left the house taking son Kyle with her. She also tried to take her daughter Lindsie with her, but Todd didn't let her do so.

Following the divorce, Todd is married to Julie Chrisley and lives together with three children Savannah Chrisley, Grayson Chrisley, and Chase Chrisley.

Once in an interview, Lindsie revealed that,

"I am from the first wedding of my father. His last three children are on the show from my father and his mother. So my stepmom legally embraced me."

Terry further is a grandmother of two.

How Much Is Teresa Terry's Net Worth & Salary?

Terry is under the radar after her divorce with Todd. There are no precise records of her net worth and income sources. Her ex-husband Todd, on the other hand, has a net worth of $5 million. His major source of income is his career as a businessman.

Terry's step-brother, Chase has a total fortune of $500,000. He makes bucks from his career as a reality TV personality.