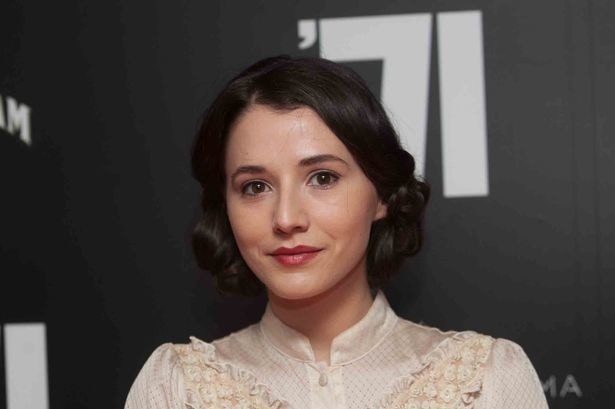 If you are a fan of British crime drama television series, then Peaky Blinders must not be a new name to you. Charlotte Murphy or commonly known as Charlie Murphy, is one of the leading actress in the series.

Charlie Murphy was born as Charlotte Murphy on November 20, 1984, in Enniscorthy, Ireland. Charlotte was born among the six children born to Pat Murphy and his wife, Brenda Murphy. Her mother was a beautician. Charlotte's family moved to Wexford when she was twelve.

In this age of technology, Social media has become the backbone of people to share and receive information. With the rise in the numbers and social media influence, many people are using it for harmful purposes.

Following the rumors spread in the media, we can mention that Charlotte is in a relationship. As per the reports published by few online media sources in Ireland, the actress was dating Irish director whose identity is not revealed back in 2018. In a interview, she mentioned that she would be out to the media soon.

On the other hand, after since she has not mentioned anything. The name is still a mystery to the public. It is neither sure that, if she is still in a relationship or are already separated.

How Rich is the Peaky Blinder's Actress, Charlotte Murphy?

Before joining the set of Peaky Blinders, she came to limelight with the RTÉ drama series Love/Hate, for which she won the 2013 Irish Film and Television Award for Best TV Actress. She started her acting career after taking lessons for two years with the TV Series, The Clinic back as Natasha Halpin in 2009.

Charlotte joined the Peaky Blinders screen in 2017. After since, she has become regular with the Show. Charlotte is working with her fellow actors like Finn Cole and Sam Claflin.

The Show finished last year with season 5 in 2019, and doubt remained in public about season 6. However, As per the reports published in Express, It is sure to be out by the end of 2020 as the production had started by the end of 2019.

Charlotte portrays herself as a female shop steward at the Lucas factory in Sparkhill. She was based on a real-life person of the same name. In the series, Charlotte shows more like a rebel character, fighting for equal rights among the workers.