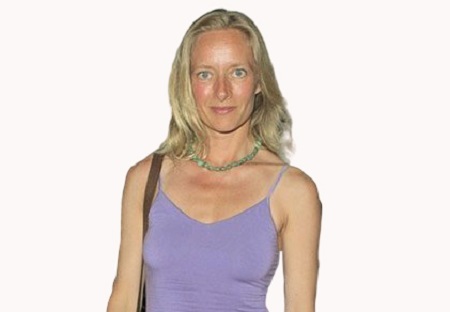 Clytie Lane is an American former actress who is famous for starring in the film, Cofee Date as Cherly in 2006. Rather than her own profession, she is best known for being the fourth or current wife of one of the most respected actors of Hollywood, Nick Nolte.

Nick is famous for 199's film The Prince of Tides, for which he received Golden Globe Award for Best Actor and a nomination for the Academy Award for Best Actor. Lane was born in the United Kingdom but her actual birth date is knot known. She holds British citizenship.

When Marry and Her Husband, Nick Got Hitched?

Lane and her better half Nolte has been happily married for over four years. So far there have been no rumours of regarding their extramarital affairs.

They first met in 2003 and started dating after a few months of meeting. After four years of love affairs, they became the parents of baby girl Sophie Lane Nolte. They welcomed Sophie on October 3, 2007, in Los Angeles. She weighed 7 pounds and 13 ounces at the time of her birth.

After 13 years of togetherness, Clytie and Nick finally tied the wedding knot on 8 September 2016 in an intimate ceremony. Since their big day, the two are leading a joyful marital life without any problems.

The native of Omaha, Nick, 77, has been previously married three times before marrying his current wife, Clytie. He was first married to the actress Sheila Page for four years from 1966 until 1970.

Then Affliction' star Nick then tied the knot for the second time with Sharyn Haddad. The exes spouses were in a relationship for six years from the 10th May 1978 until the 16th February 1984.

The Total Net Worth

Clytie Lane might be made a decent amount of money from her early acting work. She has acted in the Stewart Wade's romantic comedy movie, Coffee Date, starring Wilson Cruz, Jonathan Silverman, and Jonathan Bray. But the film didn't get success and grossed just $4,412 at the box office.

Meanwhile Clytie's husband, Nick Nolte has an impressive net worth of $75 Million as per Celebrity Net Worth. Over the years, he is regarded as one of the wells known faces in Hollywood. He has been active in the entertainment field for over 51 years.

Throughout his entire career, he has earned various awards such as Golden Globe for Best Actor, and a number of Academy Award nominations.