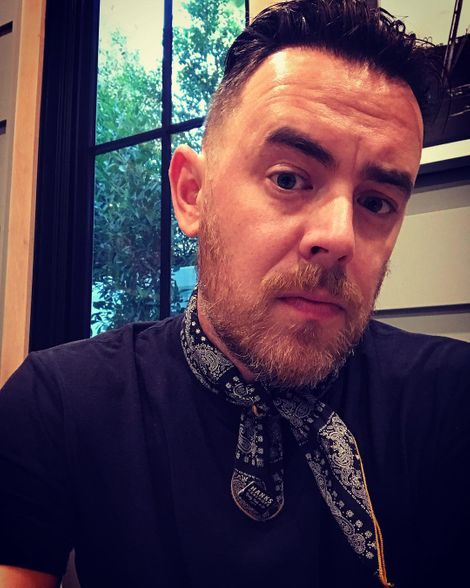 Who is Colin Hanks?

Colin Lewes Hanks, widely known as Colin Hanks is an American actor, director, and producer. Likewise, he is well recognized for starring as characters in famous films such as Shaun Brumder in Orange County, Preston in King Kong, Troy Gable in The Great Buck Howard and Oliver in The House Bunny.

Colin Hanks was born on 24 November 1977 as Colin Lewes Hanks in Sacramento, California, United States. Further, he is the eldest son of actor Tom Hanks and his first wife Samantha Lewes who was an actress, producer. But sadly his mother was died on 12 March 2002 due to cancer. Then, his father Tom remarried with the American actress Rita Wilson.

Hanks holds American citizenship and belongs to English, Portuguese ethnicity. He joined Sacramento Country Day School, and then went to Chapman University, before transferring to Loyola Marymount University. But later, Colin dopped out his education without receiving a degree.

Colin Hanks started his acting career with a role in the film That thing you do, which was written and directed by his father Tom. Since then he has bagged the number of projects in Hollywood. Likewise, he is mostly known for portraying in films such as Orange County, Preston, The House Bunny, and The Great Buck Howard.

Moreover, his television roles include Alex Whitman in Roswell, Henry Jones in Band of Brothers, officer Gus Grimly in Fargo, Jack Bailey in The Good Guys, Travis Marshall in Dexter, and among others.

What is Colin Hanks Net Worth? Salary

Colin Hanks is a well-established actor and producer in the media industry. As per Celebrity Net Worth, Colin Hanks has a net worth of $15.45 million as of 2019. Without any other professional career, it’s so certain that he has gained his massive fortune through a budding career in Hollywood.

Till date, Hanks has starred in several movies and TV series. Hence, at the same time, he is able to earn impressive money from acting career. With no data about his annual salary, it is expected to receive a handsome wage for providing lots of commercially hit films including Orange County and Tenacious D. Apart from that, he owns a house in Los Angeles, California, USA.

On the other hand, Colin Hanks' father is one of the well-known actor and filmmaker who was able to earn fame and name in the entertainment industry. As of 2019, Tom's net worth is reportdely $350 million.

No surprise, Colin Hanks shares an  impressive relationship with his wife Samantha Bryant. His wife Bryant is a former new york-based publicist. They first met each other while working on his acting career, whom Hanks felt an instant connection and spark from nowhere.

Gradually knew each other for a long time, they became friends and then lovers  The bond tends to grow so powerful and strong that the couple decided to get engaged in June 2009. A year later on 8th May 2010, they tied the wedding knot in West Hollywood, CA with around 150 people in the attendance.

Colin has two daughters with wife Samantha. They welcomed their first child, a daughter Olivia Jane Hanks in 2011 and is blessed with another daughter Charlotte Bryant Hanks in 2013.

With a nuptial relationship of more than 9 years, the couple's connection and relationship are only getting better with time as there is no news of disagreement until this moment.

Prior to his relationship with Samantha, Colin was in an intimate relationship with fellow classmate now an actress and writer Busy Philipps. During the mid-’90s, they were close in many aspects and also shared a similar passion for acting. Besides this, the lovebirds were very close to each other.

However, they seperated after some years. During an interview, the former pair shared they were equally responsible for the breakup. Despite the spill up, they are still very close friends.

The American actor, Colin Hanks has a height of 6 feet 1 inch or 186 cm. His weight is approx.79.8 kg which is equal to 175lbs. His other body stats are missing whereas his shoe size is 10 US. Likewise, Hanks has black hair with a pair of green eyes.