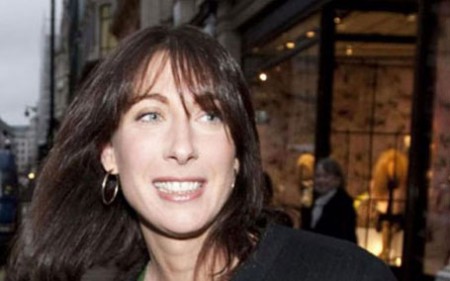 Who was Samantha Lewes?

Samantha Lewes was an American actress who rose to fame after appearing in movies like Bosom Buddies (1980) and Mr. Success (1984). However, she is most notably recognized as the first wife of the Academy Award winning actor, Tom Hanks.

Further, Samantha and Tom were married for nine years and they had two children named Colin Hanks and Elizabeth Ann Hanks. Unfortunately, Samantha passed away at the age of 49 due to bone cancer. So, let's know in detail about how did Samantha Lewes spent her life?

Samantha Lewes was born as Susan Jane Dillingham on November 29, 1952, in San Diego, California, the United States. She was born to parents John Raymond Dillingham (father) and Harriet Hall Dillingham (mother). Samantha, a native of San Diego was an American and belonged to the white ethnicity. Further, there are no information regarding her educational background.

Late actress Samantha Lewes began her career in 1980 and starred in the sitcom, Bosom Buddies. During that time, she met Tom Hanks and the two began dating. Moreover, she portrayed a minor role in the comedy film, Mr. Success in 1984. Afterward, she became less active in films and television.

Late actress Samantha Lewes married actor Tom Hanks on January 24, 1978. The two first met while shooting for an American sitcom called Bosom Buddies. Their first child, Colin Hanks was born on November 24, 1977, while their second child, Elizabeth was born on May 17, 1982.

The couple relished their nine years of marital solidarity. Unfortunately, they divorced each other on March 19, 1987, due to personal issues. However, as per some sources, the main reason behind their divorce was Tom's extramarital affair with another actress, Rita Wilson.

After dating for a few years, Rita and Tom Married on April 30, 1988, in a lavish ceremony. They welcomed their first son named Chester "Chet" Marlon Hanks on August 4, 1990. Similarly, their second child, Truman Theodore Hanks was born on December 26, 1995.

What was Samantha Lewes' Net Worth?

The details about the late Samantha Lewes' net worth and earnings are unavailable. However, as a popular actress of the 80s, she might was rich. Further, she starred in Bosom Buddies and Mr. Success. After marrying Tom Hanks, Samantha became less active in the entertainment industry.

On the other hand, do you know how much is actor Tom Hanks' Net Worth? Well, as per reports, Hanks has a stunning net worth of $350 Million as of 2019. Hanks, an Academy Award winner is still active working in films and endeavors. He along with his second wife, Rita Wilson, Hanks owns multiple luxurious mansions.

After the divorce with her husband, Samantha began raising her children as a single mother. The post divorce tragedy and stress made her frequently sick. However during one check up, it was found that Samantha had been suffering from bone cancer.