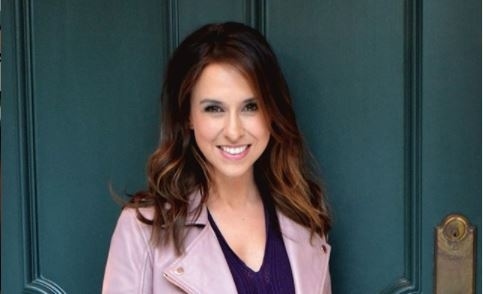 Hallmark actress Lacey Chabert is contagious as she has successfully blossomed her relationship with her husband, David Nehdar, for some years now.

Lacey and her husband David, kept their marriage and pregnancy under wraps, which does not quite align with her TV personality. The actress surprised many fans at the beginning of 2014 with her big step in her life. Read below to find out more about her big day and family life,

One of the famous faces of Hallmark Movies alongside Jocelyn Hudon, Brittany Bristow, and Kayla Wallace announced the starting of her married life via twitter. In 2014, she tweeted the good news of her marriage, which reflected the happiness of her becoming Mrs. Nehdar.

As reported by People, the actress's wedding was the perfect chaos. The small things like the late arrival of her sisters' dresses, the broken shoes, and caterer backing out were some of the issues that made the perfect nuptial chaos.

But when the bride walked down the aisle with her father, all the chaos disappeared, and all the guests attending the matrimony treasured their beautiful moment. As per Lacey, she will always look back at her big day and will always remember the beautiful moments, not the things that went wrong.

The Struggle to Keep it Under Wraps

Even though the 36-year-old actress is in search of true love in most of her roles in movies, she found her soul mate a long time before these roles. The couple, however, did not provide any details regarding their love affair back then.

Just like most celebrities, Lacey also finds it challenging to keep her relationship away from the eye of the media. On the other hand, David is not a celebrity; that's why he didn't prefer paparazzi attention, so they planned to keep it secret.

In an interview with People, she talked about how both of them wanted their love life to be private. As many people provide opinions on other's relationships, that makes it hard for the couple to survive their romance. The 36-year-old actress gave this as the reason for keeping her relationship under wraps.

She is the proud mother of a Daughter

The Pride, Prejudice & Mistletoe star became a mother to a beautiful daughter, Julia Mimi Bella, on September 1, 2016. Before this, Lacey never had the opportunity to raise a child, but now, she is definitely learning the ropes of parenting.

"It tests your patience. I just gave her her first time out...she's just pretending to cry and then the second I turn around, she starts laughing! She's mocking me, I think".

During all of this parenting stuff, her husband David is continuously standing by her side supporting and helping her. Julia is the center of everything for the couple, and they would not change a thing about it.

Despite raising a toddler, Lacey is also continuing her acting career with her new movies coming out this year.