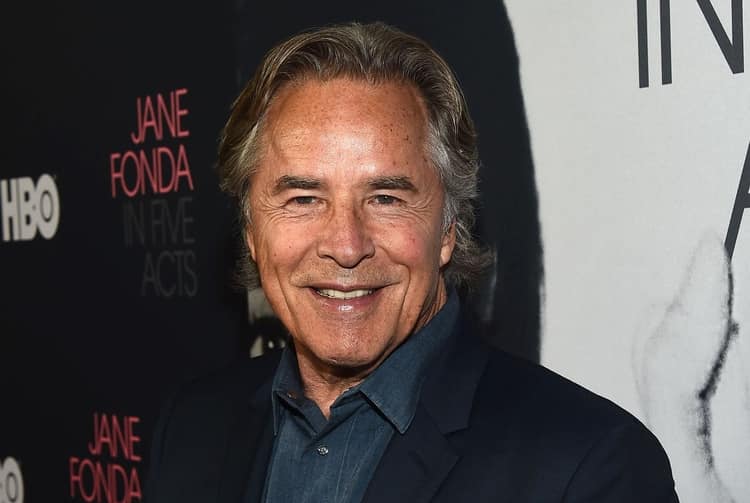 Don Johnson is a well known American actor, producer, director, singer, and songwriter. He is famous for his role of James"Sonny" Crockett in the 1980s Television series Miami Vice. So far, Don's married more than three times in his life.

Don Johnson was born as Donnie Wayne Johnson on December 15, 1949, at Flat Creek, Missouri. His father, Wayne Fred Johnson, was a farmer and mother, Nell (née Wilson) was a beautician. His family moved around the United States due to poverty. Don attended the American Conservatory Theater and started his acting career. Let's explore more about his personal life.

Don is Married to Kelly Phleger

As of now, Don is living with his fifth wife, Kelly Phleger. Kelly works in San Francisco and Montessori Nursery School as a teacher. The love birds walked down the aisle on April 29, 1999, at the Pacific Heights Mansion. On their big day, Robert Wagner appeared as the best man on the bridal ceremony.

As per reports, this might be the first marriage of Kelly. Don, on the other hand, was married four times previously. Kelly, even though there are no reports of her past wedding, she was engaged to her longtime boyfriend, Gavin Newsom. He is an American politician and 42nd mayor of San Francisco.

The seventy years old actor, Don Johnson, celebrated his first marriage back in 1968. However, anything about marriage is not known to the public. The relation did not last and the duo separated in the same year.

The Nash Bridges actor tied the knot for the second time in 1973. Similar to the previous marriage, this relationship also did not last long and walked apart in 1973. Don do not have any children from his first two relationship.

Then in 1976, The singer married his third wife, Melanie Griffith. Their relationship had many twists and turns. The duo separated in July of the same year and divorced by November 1976.

The lovebirds, however, reunited back in 1989 and conceived a daughter, Dakota Johnson (born on October 4, 1989). The couple divorced again in 1996.

Before uniting with Melanie Griffith in 1976, Don was in a relationship with Sally Adams. He even had a partner, Patti D'Arbanville, from 1981 till 1985.

Net Worth of the Actor of Miami Vice, Don johnson

Don Johnson has a net worth of $40 Million. His primary source of income is through his career of acting. He started acting on the TV and big screens for more than five decades.

In 2008, Don was just a few hours away from losing his home located in Aspen, Colorado. He paid a hefty sum of $14.5 million to the bank as the debt.

In 2010, The Nash Bridges actor sued his production company, Rysher Entertainment, for not paying him the syndication profits he owned as 50% owner of the show's copyright. As per Daily News,  He sided with reward money of $23.2 Million.

Again back in 2013, Rysher initially announced that they would appeal the verdict, but the company paid Johnson $19 million.

Visit Married Celeb!!! To Select The Best Biographies & Articles Of Yours