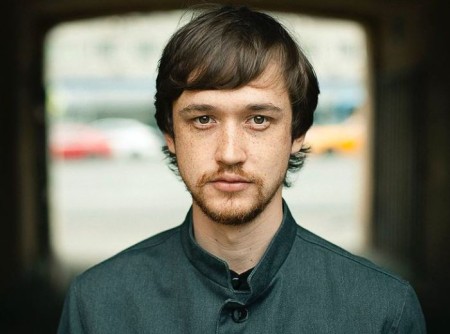 Eldar Kalimulin is a Russian film and theater actor. He is best known for appearing in movies such as The Last Frontier, AK-47, The Outbreak, My Father Is Baryshnikov, etc. In 2019, Eldar appeared as Misha in the Russian web series, To the Lake. Also, he appeared as Egor Safronov in the science fiction tv series, Better than Us. Both series are acquired by Netflix.

Eldar was born on September 20, 1993, in Tuchkovo, Russia. He hasn't shared details about his family background. However, Eldar was interested in acting and singing since his childhood. He attended Schepkinsky Theater School and studied vocals and modern dance.

From 2010-2014, Kalimulin attended the Russian Institute of Theatre Arts-GITIS. He graduated with honors and immediately joined the Moscow Youth Theater. Now, let's know if he is married or not along with the information of his net worth.

Eldar Kalimulin is a Married Man

The 27-year-old actor is happily married to his longtime wife, Tatiana "Tata" Kalimulina, who is also a theater actor. They first met while studying at the Russian Institute of Theater Arts. After a few years of relationship, Eldar and Tata exchanged their wedding vows on April 20, 2016.

Eldar announced the news of his wedding via Facebook. It seems they married in a court with just two witnesses. Additionally, the couple went to Georgia to tie their knot. Well, Georgia, an independent republic country was a part of the Soviet Union. Like Eldar, his co-star from Better than Us, Paulina Andreeva is married to her longtime boyfriend.

Talking about Eldar and Tata's relationship history, they might have begun dating either in late 2012 or early 2013. Tata first appeared on Eldar's social media in February 2013. As of now, the couple has been married for over four years.

Eldar and his spouse has a son, whose identity is yet to be revealed. As mentioned Tata is also involved in the acting business. She currently works at The Shchepkin House Museum, which is both a museum and theater/art space.

From 2015-2019, Tata worked at Moscow Young Generation Theater. Besides, she is the former editor of Theater Center "Na Strastnom".

While the couple is not working, they spend some quality time with their son. In his free time, Eldar likes to play volleyball, football, and basketball, while his wife is fond of traveling.

There is no exact information about Eldar Kalimulin's net worth. He is an actor who has been active in the industry since 2011. Hence, by assumption, Eldar might have a net worth of no less than $200,000.

Kalimulin began his acting career in his student years. In 2011, he appeared in cameo roles in movies, The Police Says, Interns, and Voronin. In 2012, Eldar appeared in the film My father - Baryshnikov.

Watch Netflix's Better Than Us trailer!

In 2019, he appeared in The Outbreak, while in 2020, Kalimulin worked in two films, The Last Frontier and Ak-47. Eldar and Kirill Käro appeared together in tv shows include To the Lake and Better than Us.