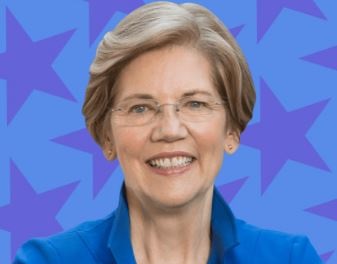 Who is Elizabeth Warren?

The women of multiple talents, Elizabeth Warren, is one of the greatest public figures in the history of America. She is a well-known American politician and former academic who is serving as the senior United States Senator from Massachusetts since 2013. Specialized in bankruptcy law, she was previously a law school professor.

A member of the Democratic Party, Warren, was born in Oklahoma, the US on June 22, 1949, as Elizabeth Ann Herring. As a part of a well-renowned party, she has focused her goal on economic opportunity, consumer protection, and the social safety net while in the Senate.

The love life of senator and professor all begun back at the end of the 1970s. Their first encounter took place at the Pink Hotel in 1979 which is located at the Key Biscayne, Miami. Later get time to interact with each other while attending a law conference in Florida thanks to their major at Law.

After they first met, Bruce was already impressed with Warren's attitude and personality. Started as friends, the pair decided to take their relationship further by dating one another and were often seen enjoying a date night together, according to the interview with CNN.

An interesting fact is that Warren played the role of icebreaker and proposed to Mann after he had finished teaching a class that she had sat in on. Obviously, the answer was yes from Bruce, and he later quit the job and joined her family in Texas.

As a matter of fact, the Senator of the US is a married woman. She exchanged her wedding vows with the Bruce H. Mann.

The very longtime couple walk-in aisle on July 12, 1980, and are very much deep in love at their current phase of life. The beautiful pair are now almost married for four decades are very much enjoying each other's companion.

Past Marriage and Affairs

It is no strange that Warren was previously married to her high school boyfriend, Jim Warren. The two were dating during their high school days and later exchanged wedding vows in 1968.

After their nuptial celebration, the pair moved to Houston where Jim worked at IBM, and Warren graduated with a Bachelor of Science from the University of Houston.

Divorced and Children with the First Husband

Elizabeth shares a decade long marital relationship with Jim. During that period, the pair shared two beautiful children. They welcomed their first child, a daughter Amelia Warren Tyagi on 2nd September 1971. She is a renowned American management consultant, businesswoman, and author by profession.

She is also co-founder and president of the placement firm Business Talent Group. She is married to film producer, Sushil Tyagi with whom she shares three children, which makes Warren's grandmother. Mr. and Mrs. Warren welcomed their second child named Alexander Warren.

Everything between the couple was going so much fine until 1978 the Warrens decided to end their marital relationship and choose the separate path.

Net Worth of $12 Million

As one of the powerful personalities in the US, Warren has a total fortune of $12 Million. It is no doubt that she has accumulated all of her fortunes through her outstanding career.

She earns $174,000 as a senator's remuneration annually. She has also added up decent sum through her book royalties. Prior to becoming a senator, she gathers fortune through writing, consulting, teaching, and investments.

Husband's Engagement in the Real Estate

Bruce has managed to gather the total fortune of $2 Million. As a professor at Harvard Law School, he earns more than $140,000 annually as a remuneration. His primary source of income is, of course, comes from his teaching career.

Most of his money is made through his work at Harvard. In 2018, he collected an income of $400,000. On the other hand, he earned over wages of $10 Million alongside her wife between 2008 and 2018, which was according to their tax returns. Furthermore, the couple owns two homes at the Victorian house in Cambridge, Massachusetts which today's market is more than $3 Million.

They also own a Condominium in Washington, D.C which value is estimated at $800,000. The powerful couple also held TIAA-CREF accounts worth at least $1.8 Million. Currently, the pair are living a very luxurious lifestyle without a doubt.

Is Elizabeth Warren a Next President?

Warren is one of the powerful personalities in the US. She officially announced her presidential candidacy on February 8, 2019, at a rally in Massachusetts. In some polls around June 2019, she was placed second with the former vice president, Joe Biden in the first place while Jr. Us senator from Vermont, Bernie Sanders stood in third.

She is running among the 23 running presidential candidates and under the 19 Democrats alongside with Kamala Harris. Her deeds including raising $24.6 Million in fundraising money in the third quarter of 2019, also made her one of the leading nominees in the campaign.