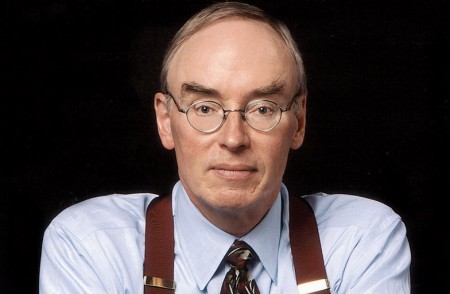 Many people get constant limelight just because they are partners of some famous personality. Generally, we get to see a majority of females getting attention because of their spouse, but today we are going to talk about Bruce H.Mann. He is better known as the husband of Elizabeth Warren, the United States Senator from Massachusetts.

Bruce is a renown name in the world of law and academics. He is the Carl F. Schipper, Jr. Professor of Law at Harvard Law School. Further, he is the winner of the J. Willard Hurst Prize, Littleton-Griswold Prize, and SHEAR Book Prize.

Married to US Senator, Elizabeth Warren

The 69-year-old, Jr. professor of Harvard Law School is a married man. His wife is Elizabeth Warren, who is a member of the Democratic Party and a former law school professor. The longtime couple exchanged their wedding vows on July 12, 1980.

Mann and Warren have been married for nearly four decades. Being together for so long might cause one to think if they had any differences, but it seems they are perfectly happy in each other's companionship.

An interesting fact is that Warren proposed to Mann after he had finished teaching a class that she had sat in on. Obviously, Mann accepted and quit his job in Connecticut to join her family in Texas.

Mann and Warren first met at a Law Seminar

In an interview with CNN, the couple revealed about their first meeting. Mann and Warren's first encounter happened at the Pink Hotel in 1979, located at the Key Biscayne, Miami.

The two met while attending a law conference in Florida, and both were 29 years at the time. Warren had just separated from her first husband, Jim Warren, and just wasn't ready for a relationship. However, both being the students of law quickly developed a friendship.

Elizabeth was previously married to her high school sweetheart, Jim Warren, in 1968. They moved to Houston, where Jim worked at IBM, and Warren graduated with a Bachelor of Science from the University of Houston.

Warren and Jim had two children from their marriage. Their first child, a daughter, Amelia Warren Tyagi, was born in 1971. The now 48 years old, Amelia works as the co-founder and president of the placement firm Business Talent Group. Her husband, Sushil, is a film producer just like Brian De Palma.

The Warrens had another child named Alexander Warren. They divorced on 1978 after a decade of the marital relationship.

A devoted stepdad and husband

After Warren proposed to Mann, he relocates to Texas to be with her and the children. As Mann is a well-regarded professor, his job required him to relocate for teaching in many places.

During the early years of their marriage, Mann worked at St. Louis and Philadelphia. He flew back and forth several times a month to coach the kid's soccer games and go to school conferences.

Both Bruce and Elizabeth boast a long, distinguished career as legal academics. Throughout Warren's professional life as a politician, Mann has accompanied his wife along the campaign trail. He has appeared with Warren on several occasions and gave speeches on her behalf.

The primary source of Mann's income comes entirely from his teaching career. He has also been licensed to practice law in Connecticut since 1975. He earned over $400,000 in 2018 and made most of his money from his work at Harvard.

Additionally, Mann and Warren held TIAA-CREF accounts worth at least $1.8 million. The couple owns two homes: a $3 million Victorian house in Cambridge, Massachusetts, and an $800,000 condo in Washington, D.C.

Elizabeth is running for President in 2020

Warren officially announced her presidential candidacy on February 8, 2019, at a rally in Massachusetts. In some polls around June 2019, Warren placed second with the former vice president, Joe Biden, in the first place and Jr. US senator from Vermont, Bernie Sanders in third.

Warren is among the 23 running presidential candidates and under the 19 Democrats alongside Kamala Harris and many more.